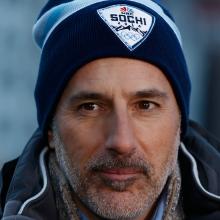 Matt Lauer
Disgraced former host of NBC's current affairs show Today Matt Lauer must continue to show he is of "good character" if he is to retain the lease of Hunter Valley Station, on the shores of Lake Hawea.

Overseas Investment Office (OIO) group manager Vanessa Horne reaffirmed this week that for an overseas investor, the requirement to be of good character was ongoing.

"After getting consent to acquire an asset, the conditions of consent require investors to remain of good character in regards to their fitness to continue to hold the asset."

The OIO is keeping a close eye on Mr Lauer, who has been accused of - but not charged with - rape.

On February 9, 2017, Mr Lauer was granted Overseas Investment Act consent to buy the Crown lease for the station for $17.5million.

Less than a year later he was fired by NBC for inappropriate sexual behaviour towards female work colleagues and now, in a new book, has been accused by NBC News co-worker Brooke Nevils of rape in 2014.

Prior to gaining New Zealand government permission to buy the station, Mr Lauer made a declaration he was of good character, and an "open source" background check was also made of him.

Ms Horne said the OIO was aware of the new information about Mr Lauer in the media and was "continuing to monitor the situation closely".

Last year, following the allegations that led to Mr Lauer losing his NBC job, the OIO initiated an investigation to consider if enforcement action should be taken for a breach of the condition to remain of good character.

Land Information New Zealand deputy chief executive policy and overseas investment Lisa Barrett said at the end of the investigation, and after legal advice had been taken, the department had "reached the position that we have insufficient evidence at this time to take proceedings against Mr Lauer for breach of the condition".

Ms Barrett said in the course of its inquiries, the OIO had "considered and tested confidential information" supplied by both Mr Lauer and NBC, including NBC's own workplace investigation.

An OIO report stated: "On the basis of the material available to the OIO at this time, there is no evidence that Mr Lauer has engaged in criminal conduct.

"Nor is the OIO aware of a complaint against Mr Lauer having been laid with the police."

It did not consider the evidence it had available established Mr Lauer was unfit to continue to hold the lease of Hunter Valley Station.

Why does the NZ government let other countries export their problems to New Zealand? If Mr. Lauer didn't have money would the NZ Government consider allowing him to lease the property? If the politicians allow him to enter the country and continue the lease they should be held personally accountable for his actions. He may not have been criminally charged...YET. Pressure from the TV executives and deep pockets enable Lauer to pay out of court settlements preventing criminal prosecution. Is the money this guy brings to New Zealand worth the risk of another sexual assault allegation against some unsuspecting woman here in New Zealand? I don't think so! The type and number of allegations have been significant. The credibility of the woman making the allegations is extremely high; again, why take the risk? Let the ongoing legal issues settle in the US before continuing the lease.