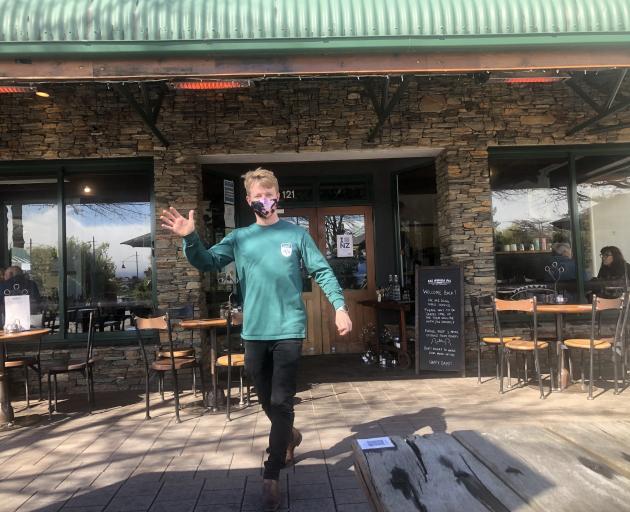 Kai Whakapai Cafe, Restaurant & Bar owner Nick Aubrey says Level 2 differs from last time - there are the obvious tougher restrictions but people are treating it differently. PHOTO: KERRIE WATERWORTH
Lockdown has meant Wanaka lost weeks of its prime ski season and is now preparing to miss out on the Auckland dollar if the supercity stays grounded.

At this time of the year, Lake Wanaka Cruises would usually be taking guests out on to the water three to four times a day.
Owner and skipper Tim Cuthbertson said they had not even done that many trips since reaching Alert Level 2 and he felt as if they were in limbo.

‘‘I guess the unpredictability of it is the hardest part. We’d have to be able to get staff back on, get new people trained up and get rolling. But, of course, you just can’t do that with the uncertainty.

‘‘I think there’s a lot of uncertainty from the customers’ point of view as well. People don’t know whether to book, people are certainly not booking ahead very much.’’

While it was a tightknit, resilient community, people were feeling the strain of Covid-19 and the loss of international visitors, he said.

‘‘It is wearing people down. You just feel... the wear factor is starting to kick in. A little bit of fatigue.’’

He was hopeful the upcoming school holidays would provide a boost.

‘‘I think because of the shortness of the extension. So being only a week at a time not knowing... planning is very difficult and of course, a lot of events are waiting on what they can do under certain levels which means people aren’t wanting to book or confirm very far in advance. So it’s quite a struggle.’’

Wanaka’s historic rental shortages had not gone away.

About 80% of their guests were short-term workers - usually they would be well outnumbered by visitors, she said.

‘‘The winter has come and a lot of seasonal workers that come to the area don’t have anywhere to stay. No rentals are available so they often turn to holiday parks as the next best option that’s affordable.’’

Wanaka’s Kai Whakapai Cafe, Restaurant & Bar owner-operator Nick Aubrey said it was good to be operating but the town was visibly quiet and a lot of people had left.

‘‘We are lucky for the locals with that local support, but it is still quite noticeable how quiet it is during the day.’’

There was a positive trade-off, he said.

The challenges for larger venues was the cap on customers but people were generally understanding, Mr Aubrey said.
Ignite Wanaka general manager Naomi Lindsay said some owner-operators had had to work seven days a week just to get by and could not afford to pay the shortfall in the wage subsidy.

‘‘They’re just not in a position this time around and so that’s really tough on everybody, and what happens is staff members can’t survive so they leave town and then what happens when we get to summer and hopefully we’re back at Level 1 and businesses can’t find staff again.

‘‘So there’s a real concern around the knock-on effect of this lockdown for summer and autumn as well.’’

The alert levels had stopped big crowd-drawing events such as Snowboxx and the Winter Games from going ahead and encouraging visitors to the region.

Some event businesses were reporting 80% losses in the next few months, Ms Lindsay said.

She hoped Alert Level 1 was not far away as the 50-person rule was hitting venues hard.

Wanaka businesses said widespread vaccination and Aucklanders being able to travel again would be the best case scenario for now. 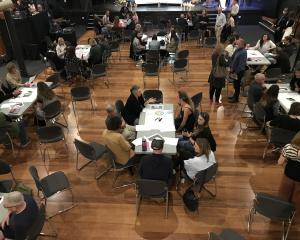 I believe part of the problem is the expectation by many business owners, and a large section of the population in general, that "things" will return to normal. It seems fairly clear that "things" are never going to return to what was normal, ever again, even when we are fully vaccinated.
The businesses that will survive are those that have already made this recognition and are making strategic changes to their operations to cope with what will be the new normal.
If your industry, or your operations do not lend themselves to radical change from how you operated in the good old days then you may well be facing a wall you may never be able to climb.