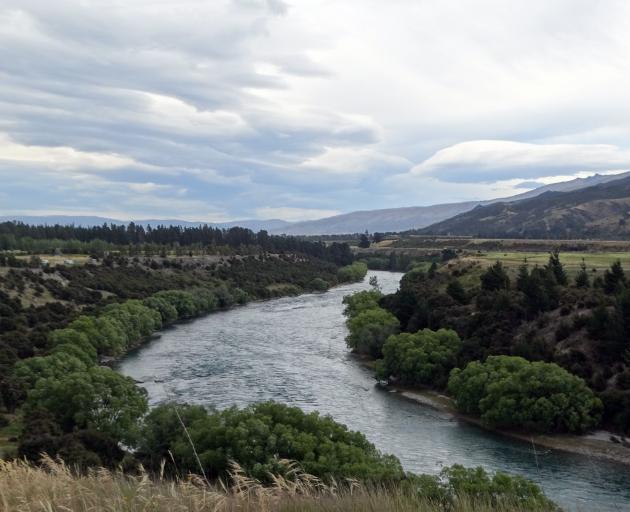 The budget for the final 55km leg of the $26million network announced by John Key in May 2016 includes two bridges, although exactly where they will be is still being decided.

While the most direct route for the cycle trail would be on the western side, or true right of the Clutha River, there have been difficulties obtaining easements from some landowners.

That has opened up the prospect of a section of the cycle trail passing through Maori Point, on the eastern side, or true left of the river, and crossing the upper reaches of Lake Dunstan.

Construction of the cycle trail through the Cromwell Gorge is nearing completion and a start is due to be made next year on the Kawarau Gorge section, leaving just the Wanaka section to complete the network.

Central Otago Queenstown Trail Network Trust chairman Stephen Jeffery said yesterday it was possible a start could be made on the Wanaka leg before construction on the Kawarau Gorge was finished.

"If there was an opportunity to start that leg before we finished the Kawarau leg, then why not?"

Mr Jeffery said it was impossible to be specific about timing, which was dependent on getting easements in place and resource consents approved.

"Initially we were looking at five-plus years from start to finish for all the projects, but that’s looking more difficult now."

A great deal of work still needed to be done obtaining easements from property owners and agreements with the Department of Conservation and the Otago Fish and Game Council.

"It’s all about where we can get our easements and where we can put our trail basically, and what’s the best outcome for the public.

"Some of the options that we’ve got currently available to us we would consider are not the best outcome for the public in terms of the cycling experience."

As an example of a poor outcome, Mr Jeffery gave the cycle trail running alongside a highway.

He declined to discuss the specifics of the easement issues but said easements were not always easy to get.

"So we are considering true left and true right in some instances.

"Where that will end up is an unknown."

Trust spokeswoman Janeen Wood said the hope was to have settled on a route for the Wanaka-Pisa Moorings cycle trail by the end of this year, but investigation of options was continuing, "trying to work with and around landowners.

Ms Wood said bridges had always been part of the plan, and one would likely be near the Luggate boulders, crossing to a conservation reserve on the eastern bank of the river.