Hawea Flat School mother Anna van Riel is calling a community meeting to gauge whether Hawea residents can speak as a "family" with the Ministry of Education about a new school proposal for Lake Hawea.

The Hawea Flat School community had been shocked after the Ministry of Education announced it wanted to move the school to Lake Hawea on the basis growth would be centred on the township of Hawea, Ms van Riel said.

She said she thought not everyone might know about the ministry intention to move Hawea Flat School 9km away to an as yet unknown and undesignated site.

She had not formed a view and said she knew very little about the new proposal, which emerged last month.

Ms van Riel said representatives from the district’s Shaping our Futures team had indicated they would attend and help provide structure to the meeting.

"It needs to be guided, kind, structured - and there needs to be biccies. So if anyone wants to bake! And even if you come for nothing else than the biccies, you might learn something," she said.

Ms van Riel has two children at the school, but said she was not representing the school and merely wished to connect the community across generations and include newcomers.

"I want it to be by the people, for the people. I am hoping for a warm and kind conversation.

"When a representative from the Ministry of Education comes down to talk to us, we as a community will be able to talk about what we need. Otherwise, the decision will be made for us." 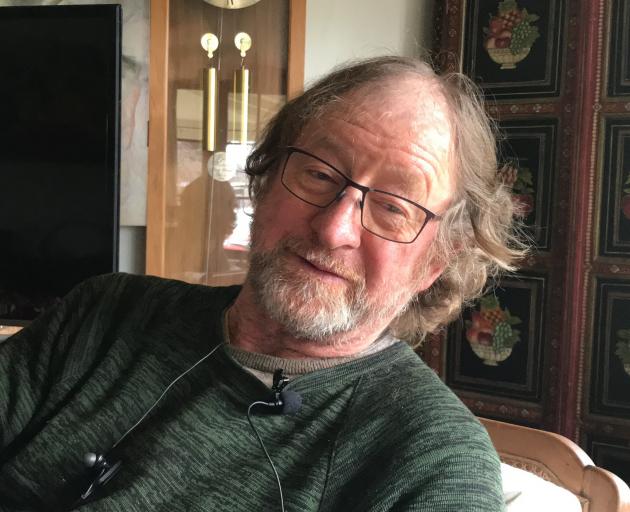 Jamie Urquhart. Photo: Marjorie Cook
Her father-in-law Hawea Flat local Jamie Urquhart went to the school in the late 1950s and was surprised to learn of the ministry’s relocation idea.

Four generations of his family, from his father to his own children and grandchildren, had been educated at Hawea Flat.

"It is just about getting to the point there could be two separate schools, which may be a better option, I don’t know," he said.

"The demographics are always changing, the costs of transport and fuel are always increasing.

"I would hate to see it go from where it is today. It would be a totally different place for people to grow up here.

"That’s why most people have come here, to raise people in a relatively rural setting."

The ministry is not contemplating two schools.

"Hawea Flat School will continue - just in a new place," it said in a document sent to parents recently.

"It won’t be a second school, as we believe one larger school can meet the future needs of this community."

Ms van Riel’s meeting is at the Hawea Community Centre, at 7pm on June 27.