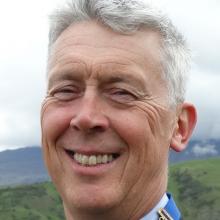 Calum MacLeod
The proposed building standard of the new Luggate Hall could set a new benchmark for community facilities in the district, the Queenstown Lakes District Council says.

The permanent replacement for the Luggate Memorial Hall, which was closed in 2017 after being deemed an earthquake risk, looks set to be built to a certified passive housing standard after the council’s community and services committee endorsed the concept.

"If this concept goes ahead, it could be a big drawcard to Luggate, as it would be our district’s first community facility that is built and certified to passive house standard, and potentially the first for New Zealand," he said.

While all new community facilities will be assessed on a case-by-case basis, if the new Luggate Hall does proceed to this standard and is successful, it may also become the new benchmark.

However, it will cost more than originally expected, and Mr Pope said the council would seek about $1.89 million from third party funders.

Deputy Mayor Calum MacLeod described it as "futuristic thinking" for the district and the country and there was potential for the standard to be embraced across the district.

Luggate Community Association chairman Graeme Perkins said the community was "thrilled" by the way the concept was progressing.

"We feel very well supported by council — they’ve listened to us and taken our predicament seriously. The old hall was very much the heart of our town, and with a growing village population the need for an up-to-date replacement facility is even greater."

Construction is expected to begin in January 2020 and be completed early 2021.