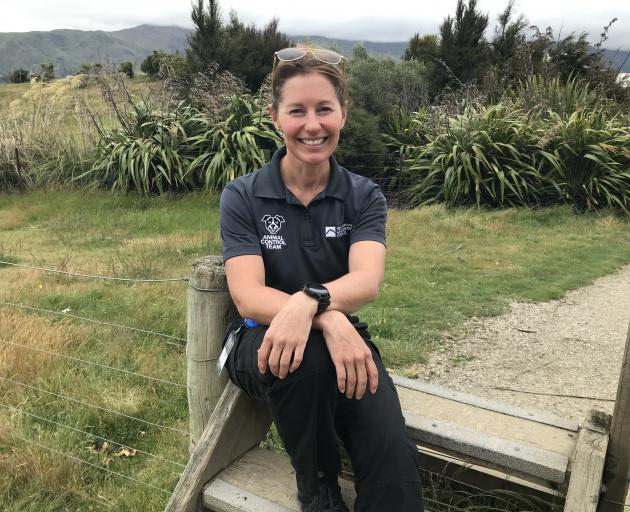 Ms Bottomley (40) is preparing for the biggest adventure of her life next month, when she will run, paddle and cycle more than 500km along the 45th parallel from Caswell Sound to Oamaru.

The route would make most Coast to Coast stalwarts blanch, and Ms Bottomley confessed she too would have moments when she would wonder what on earth she was doing.

When she was younger, she was an aggressive roller-blader and willingly threw herself down halfpipes in pursuit of adrenaline, before she lost her confidence during an abusive relationship.

Sport had helped her recover and she used her adventures to raise awareness of domestic violence issues.

"This is not a fundraiser, this time. But this is still about empowering and inspiring women," she said.

"There is not a lot of women doing this kind of trip. I am also a self-professed scaredy-cat but I want to show that you can still do these things without fear."

Ms Bottomley and her partner Ben Wallbank moved to Wanaka from Nelson over a year ago, to spend more time in the mountains.

In December 2020, she ran up and down Wanaka’s Roys Peak eight times in 24 hours to raise funds and awareness for national domestic violence charity Shine.

She completed 120km and 10,000m of climbing during that challenge.

Her 45th parallel challenge is about 298km, as the crow flies, but Ms Bottomley was not taking a direct route and the only flying she intended to do was by helicopter to the start.

She and Mr Wallbank had recently done an aerial reconnaissance trip of the route and had chosen a remote rock at the westernmost tip of an island in Caswell Sound to begin the journey.

"It looks like there is a rock where we can do a hover landing and hop out," she said.

The couple were keen multisporters and Mr Wallbank, a professional videographer, would be documenting Ms Bottomley’s experience.

She had chosen to test her abilities in Fiordland after pulling out of an ultra-marathon event last year because of injury.

"I was supposed to run a 200-mile event at Naseby in August — that’s 320km — and was training for that over winter.

"One month out, I found I had stress fractures in both shins. That was kind of a moment when you think, ‘what are you doing? Where do you want to go now?’

"We have a South Island map on the wall. I was looking at it and thinking, ‘where do I want to forge my own path?’," she said.

Ms Bottomley would take a Track Me device developed in New Zealand, which provided two communications through satellite links.

"Once we get out there, we will be on our own until we get to Glaisnock Sound [of Lake Te Anau], where we will meet our support boat. Then I will paddle the North Fiord across Te Anau, then keep running over the mountains until we get to the Wakatipu.

"I will then paddle to Wye Creek, then run to Cromwell, then bike the Dunstan Range and rail trail to Kyeburn."

Next she would run over the Kakanui Mountains and come out down to Oamaru.

"I will finish on my bike or foot, depending on time and how I am feeling," she said.

Ms Bottomley had set aside all of February to complete the adventure and was hoping for a good weather window.

"I have never done anything of this scale before. I have done shorter, multi-day trips but this is definitely the longest I will have done," she said.

The adventure would also give her a reason to keep promoting her messages about the joy of recovery, moving forward and women’s empowerment, she said.