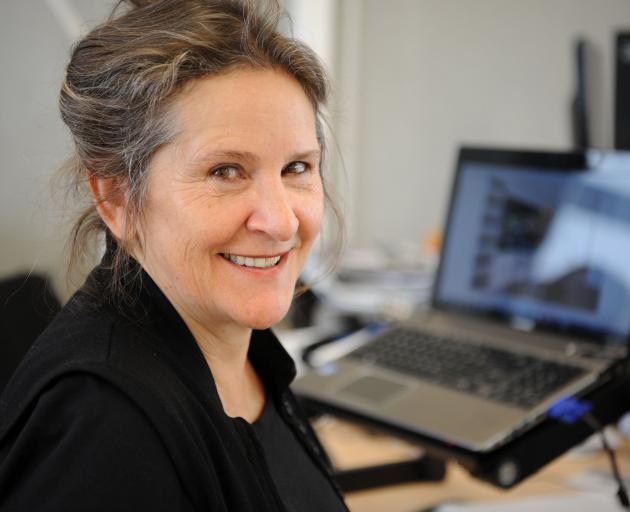 Anne Salmond
A Wanaka architect who has promoted sustainability in buildings for decades has been given one of the highest New Zealand Institute of Architects awards.

In announcing the award the institute said Ms Salmond had been "a trailblazer" for women in architecture for more than 30 years.

"She has led a successful practice producing high-quality architecture from a base in a small provincial centre, and has championed important concerns such as sustainable design, prefabricated construction and the study of post-occupancy building performance."

Ms Salmond said when she graduated in 1980 there were only eight other female students in her year and only one registered female architect.

"In those days people would often express surprise when you said you were an architect but most of those eight women are still practising architecture now, and today half the graduates from architecture school are women."

She said her interest in "sustainability" started in architecture school at the time of the oil shocks and petrol rationing in the 1980s, designing her first earth shelter passive solar house straight out of university.

"I focused on sustainability right from the very start of my career, a green architect I was called back then.

"It was not mainstream the way it is now and it has been a joy for me to watch energy efficiency and sustainability move from a kind of niche interest to being mainstream and a great concern to all architects and builders, really."

Ms Salmond began her career in Wellington working for several architectural companies in the capital.

She then worked from home when her children were young before creating a successful award-winning practice with three other architects.

Eighteen years ago, after holidaying in Wanaka for almost every summer and winter, and at the request of her husband, she decided to move permanently to live in the Central Otago Lakes region.

Suddenly starting all over again was "quite challenging", she said.

However, the first house she designed at her desk in the garage of her Wanaka home won an award.

Ms Salmond said she was very proud of many community buildings and houses she had designed over the years but the distinguished fellow award was about her approach to design in building.

"It is putting the emphasis on the building's performance, the people who use them and how those buildings help them achieve the vision they started with."

Ms Salmond was also one of the early promoters of modular-designed, modular-constructed houses "to meet the needs of young people who wanted a properly designed, well performing house that didn't cost a lot of money".

Ms Salmond is part of the team designing the new community hall for Luggate which will be the first passive house-designed community building in New Zealand.

She believed if New Zealand was to do anything about climate change, central government needed to improve the New Zealand building code which she described as "totally inadequate".

"We know how to make energy efficient houses now; it is not new information that we need, it is a new commitment to doing it."

"After years of designing to a higher standard I believe change is going to be too slow without legislation," she said.

The Distinguished Fellow award, of which there are only 10 at any one time, were also bestowed on Graeme Scott and John Sutherland, both of Auckland.