Things sailing along for club 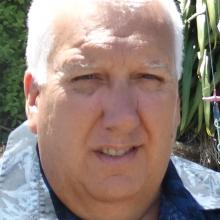 Jeff Mercer
The Wanaka Yacht Club is booming like never before.

Buoyed by  Team New Zealand’s  America’s Cup victory and a visit from Sir Russell Coutts last summer, the number of junior sailors coming through the ranks has trebled, if not quadrupled  from a few years ago.

Sixty-four children were expected to take the learn-to-sail level 1  programme at the club this season, nearly three times more  than a year ago, necessitating the hiring of a full-time coach.

Club commodore Jeff Mercer said the numbers were "astounding" for the size of the town.

"I would say we are probably one of the strongest clubs in the South Island for participation on a regular basis."

One of those who came through the learn-to-sail programme was 16-year-old Laura Erichsen, who last year was selected by Sir Russell  to compete at the Open Bic World Championships on Lake Garta, Italy.

"She was hand-picked by Russell to go to the worlds and a lot of it was paid for by him. The whole thing was organised, flights [were paid for], and it was a great experience for her," Mr Mercer said.

Since then, Laura  has moved to Auckland to pursue her dream of becoming an Olympic sailor.

Earlier this year the club released plans for  a new $1.5 million to $2 million facility at its site on the shore of Lake Wanaka. The club will begin resource consent proceedings for the proposed two-storey 558sq m building  once it has secured funding.

Club member and Queenstown Lakes district councillor Quentin Smith said the new building was the priority for the club.

"We need more storage and more space for our members to socialise, as well as changing rooms for juniors, along with  toilets.

"We just don’t have enough resource for the demand we have," he said.