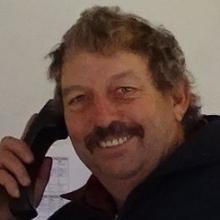 Harvey Hutton
A Makarora tourist operator has welcomed a million dollars worth of grants from central government to help him survive the Covid crisis but says he would rather have earned the money.

Wilkin River Jets and Backcountry Helicopters each received $500,000 in the latest round of grants from the Strategic Tourism Assets Protection Programme.

"I would rather have worked for the money, but we applied [for the grants] and fitted the criteria and we have not done anything wrong," co-owner of both companies Harvey Hutton said.

He said he was aware a lot of tourist operators were "disappointed" the family-owned Makarora company was awarded the two grants.

He believed some of the "most disappointed" tourist operators did not apply for the grants.

"Some people reckoned they went to Ministry of Business Innovation and Employment and were told they were not eligible but I don’t believe that.

"They [MBIE] would have still said to put their application in.

For a tourism company to be likely to be considered for a Stapp grant, the MBIE process, eligibility and decision-making guidelines state it has to be a proven tourism asset, one of strategic significance, one where there was a need for support to safeguard the asset and where alternative options for support had been exhausted.

Mr Hutton said Wilkin River Jets "had been around forever" and was needed to bring trampers out of Mt Aspiring National Park, and Backcountry Helicopters was the first responder for Fire and Emergency New Zealand and for civil defence over a wide area.

He said without the grants he would have had to consider laying off some of his seven staff and selling gear.