Wanaka company can build a house in under a week

A Wanaka-based company has today launched a modular building system which it says will allow it to construct houses in under a week.

Nautilus Modular, launched by the co-founder of EFTPOS NZ Peter Marshall, will produce buildings using interchangeable modules and promises easy assembly that is faster and more efficient than other construction methods.

Produced by high-profile entrepreneur Peter Marshall, the co-founder of EFTPOS NZ, the Nautilus Modular technology is a first for New Zealand.

He said it offered an accessible and sustainable solution to the nationwide housing shortage.

"Nautilus Modular was established as an alternative to conventional building processes, which are often time-consuming and dependent on external factors, such as weather and the availability of labour.

"Off-site manufacturing is an extremely efficient method of construction and we believe there is considerable benefit in what we are offering in terms of the rapidness that modules can be produced, transported and installed on site to form a liveable building."

The flexibility of the Nautilus Modular system allowed the creation of buildings of any size and configuration including residential homes, accommodation, classrooms and commercial buildings.

Modules were produced in a factory using a special mould, then transported to a site. Once connected, the modules would be covered with weather-proofing materials and clad with corrugated iron.

Most buildings were liveable within one to three days. 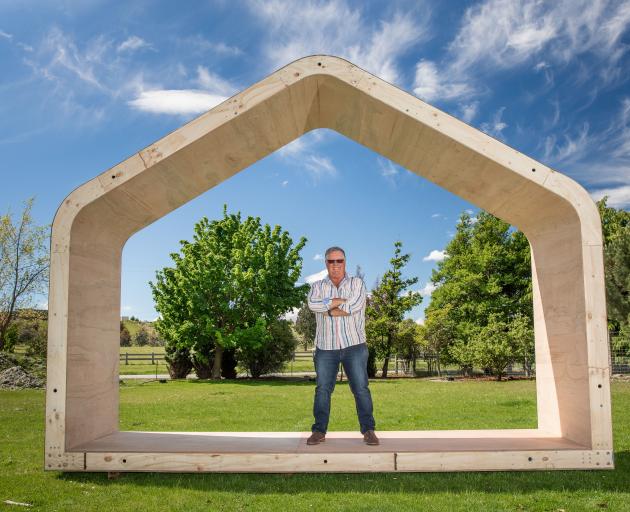 "We have undertaken meticulous research to ensure the highest levels of insulation, energy efficiency and air quality are achieved, and our buildings deliver superior thermal comfort through the integration of quality ventilation and heat recovery systems."

The modules could be installed in locations throughout New Zealand (subject to environmental conditions) and were a sustainable solution to traditional building methods. All modules are dimensionally based on standard sizes of materials to minimise off-cuts and wastage.

Nautilus Modular buildings were priced in the lower-to-middle range of the market, with prices varying depending on the requirements of the homeowner or building owner.

For example, the square metre rate for a universal module was just over $1100 excluding fitout, installation and cladding.

Nautilus Modular has one mould at its Wanaka testing plant that could produce adequate modules for a one-bedroom home every 10 days.

A factory with five moulds would have the capacity to produce a one-bedroom house every eight hours and the company had aspirations to have a number of factories across New Zealand as demand grew.

"This technology is capable of producing thousands of high-quality homes and buildings each year."

"It is quite unlike anything we have seen before in New Zealand.”

So I can see the really good savings to be made. That modular house is 2.64 times cheaper than the regular house.
I hope similar savings can be made for the larger ones which is what we need in NZ. Also if the DCC and the ORC can see their way to make the building consents much faster and cheaper, that would be helpful.
As for the design, is it a good building design for the rain water to be allowed to run down the walls rather than have a roof that has eaves and gutters? Would we not be better to have a means of collecting rainwater in what is predicted to be dryer conditions in the near future?

A street full of these houses, lacking variety, would be most unattractive. Little boxes.