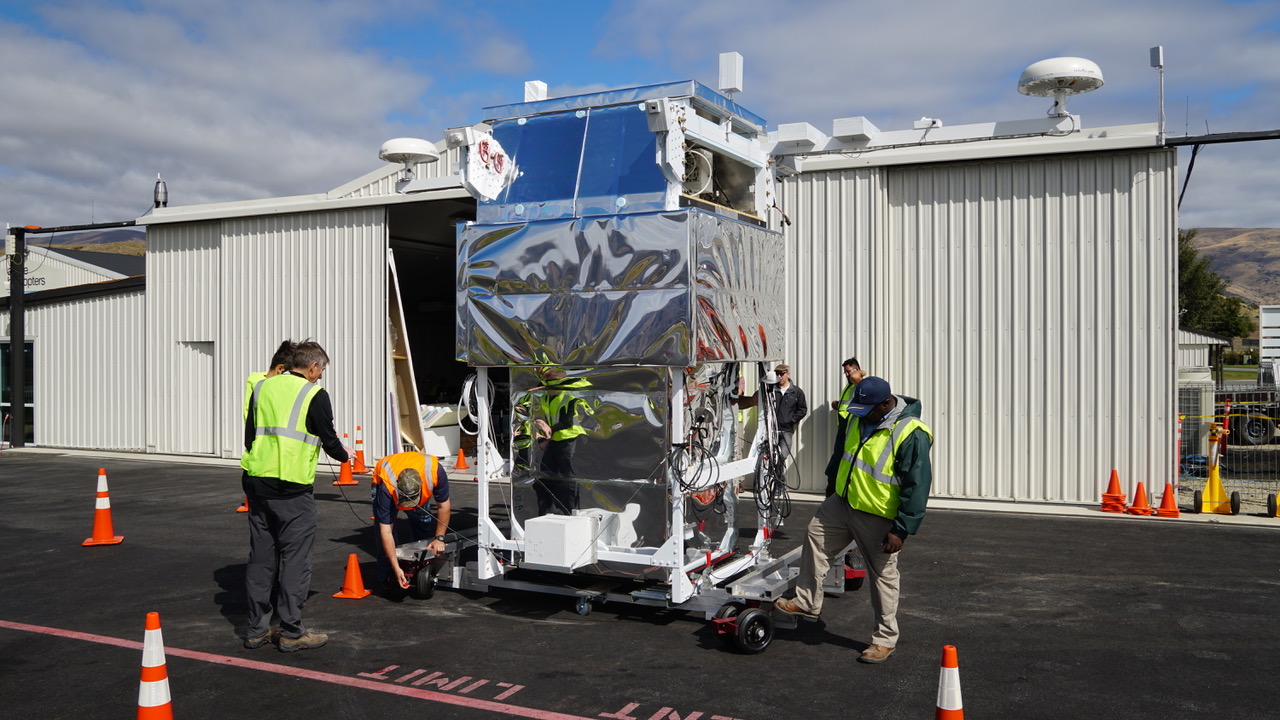 Last week's launch and two others were eventually cancelled and Nasa does not expect to be able to attempt another launch until next week because of unsettled weather across the whole of New Zealand. PHOTO : Nasa/Bill Rodman

An unsettled forecast for most of New Zealand over the next few days, means Nasa's super pressure balloon is likely to stay on the ground until next week.

Multiple areas of low pressure, rain and unfavourable winds are expected to settle in across the country and  prevent Nasa from launching the balloon from Wanaka Airport.

Three attempts to launch the balloon were made last week but unfavourable weather conditions both on the ground and in the stratosphere meant two of the attempts were aborted.

Another attempt on Saturday was cancelled because of a mechanical issue with a crane used by Nasa to launch the balloon, which has now been fixed.

Nasa's on-site meteorologist Chris Schwantes said the forecast for next week looked much more promising for a possible launch.

"Conditions do not look favourable for the next four to five days given the winds, forecast rain, and uncertainties with tropical cyclone Cook to the north-west of us.

"However, forecast models currently show high pressure building up in the area after the Easter weekend, which could lead to favourable conditions for launching.''

Super pressure balloon campaign manager Justin Marsh said everything needed to be almost perfect to support a launch, but only one thing needed to go wrong.

Despite the three aborted attempts the super pressure balloon team was ready to launch once conditions improved.

"All things considered, it's still relatively early in the campaign,'' he said.