The Government has announced a $36.8 million action plan to boost the West Coast. 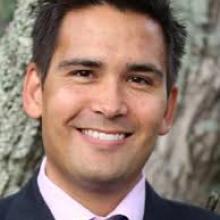 "That's why we're partnering with the region through this action plan to invest up to $36.8 million in areas like tourism, ICT [information communication technology] and primary industries.

"This includes $11 million for a new Regional Research Institute that will use innovative research and manufacturing techniques to unlock the potential of New Zealand's mineral resources."

"We want to see if we can grow these industries into something bigger as they could provide substantial future employment opportunities."

Ms Upston said whitebaiting was iconic to the West Coast and there are only a few commercial whitebait operations.

The plan would look at potential risks to the sustainability of whitebaiting, as well as at protecting spawning sites.

The Government would also look at options to change the law to enable ongoing access to windthrow timber on public conservation land.

Another initiative would explore a social enterprise approach to developing new opportunities for horticulture, food and beverage in Karamea, and potentially throughout the region.

Mr Bridges said the West Coast's distance from the main employment and business centres meant it depended on safe and reliable roads.

"That's why we're announcing a package of initiatives to improve safety and resilience of the region's roads."

The Ahaura and Stony Creek single-lane bridges, on State Highway 7, between Greymouth and Reefton, would be replaced.

Ahaura Bridge would be replaced by a new two-lane bridge at a cost of up to $15 million.

Stony Creek, the last remaining single-lane bridge on the route, would be replaced by a bridge expected to cost $3.5 million.

A detailed business case for the replacement would get underway in the next year.

Good progress was being made on the new two-lane road bridge over the Taramakau River. Completion at the end of next year would significantly improve safety, travel times and the journey experience, Mr Bridges said.

"It will provide an important connection for freight through to Canterbury and Otago, and separate road, rail and cycling/pedestrian traffic, making it safer for all travellers.

"These improved cycle links will help grow the tourism opportunities that are developing along the West Coast, such as the Wilderness Trail."

The Government had already committed to spending $3.5 million for more no-passing lines and keep-left arrows, improving signage and installing safety barriers along SH6 and SH73, as part of its programme to improve safety for visiting drivers, Mr Bridges said.