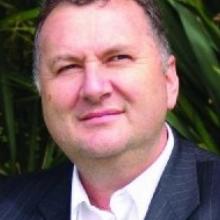 Shane Jones
West Coast mayors were yesterday given one week to come up with half a dozen key projects for the $1billion provincial growth fund.

The Westport and Greymouth ports, salmon farming on the Arnold River, and rejuvenation of Greymouth - including a rail and transport hub at Victoria Park - were some ideas discussed.

The mayors were then given a week to come up with a top six.

Asked if a week was enough time, Grey District Mayor Tony Kokshoorn said "quite a lot" was done at a meeting at Shantytown last week when the various councils brought along their respective wish lists. The mayors would meet again next week, after which all the proposals would be released.

He told the minister that tourist numbers stepping off the TranzAlpine train were due to increase from 180,000 to 250,000.

"I put to him that Greymouth needs a major rejuvenation master plan," Mr Kokshoorn said.

The salmon would be processed at Westfleet's Greymouth fish factory.

"Those who bleat on about catastrophic change around mining are the ones who said we should `put the lights out' after the timber decision. We have an amazing future with huge opportunities."

Westland Mayor Bruce Smith said the mayors had put up a united approach and "it went particularly well".