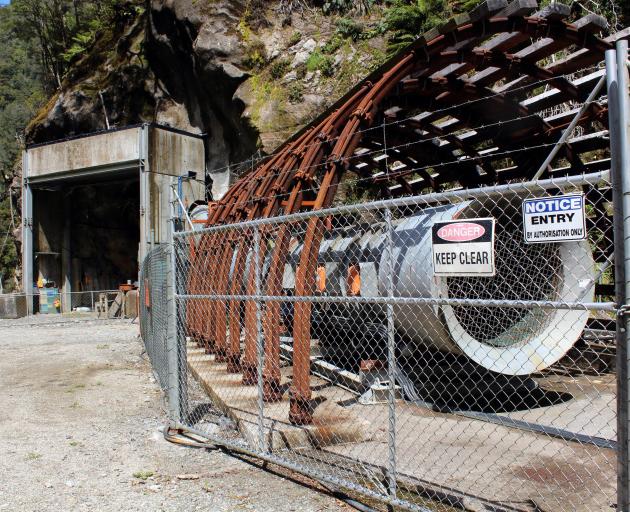 The Pike River Mine. PHOTO: ODT FILES
The Department of Conservation is recruiting someone to lead its $3.1 million Pike River memorial project, as the Pike River Recovery Agency moves closer towards pulling out and permanently sealing the mine.

Doc has begun recruiting a works officer to lead the design, construction and closure phases.

Much of the focus was on the amenities area, with the idea of showing a working mine paused in the middle of a normal working day, including the silhouettes of 29 men working -- a few going into the lamp room to get their gear, some gathering by the driftrunner to head up to the mine and others carrying tools.

Consultants would be involved in the detailed design of the project, and various construction companies would build the Pike River memorial facilities.

The estimated $3.1m cost would be refined and confirmed once the detailed design process was complete, and the procurement process for a construction contractor commenced.

There would also be interpretation kiosks installed at various points between the bottom of the Pike 29 Memorial Track and the mine portal.

Detailed design was expected to be completed next year and Doc would then begin the procurement process for the construction phase of the project.

The current estimated completion date was December 2023, but it was subject to change once the detailed design phase was complete and a construction contract awarded.