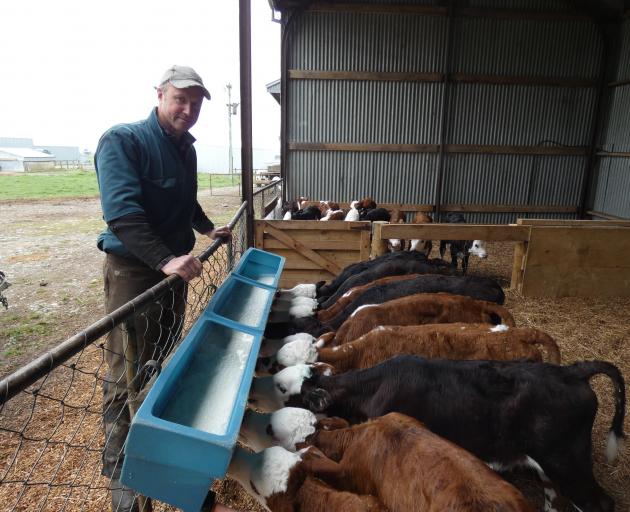 Farmers still recovering from June floods are facing on-farm inflation that is pushing out the break-even point.

Federated Farmers Mid Canterbury dairy chairman Nick Giera said most farmers would end up with five years of strong payouts if this held up.

‘‘That would put them in a strong cashflow position, combined with the fact we have low interest rates at the moment. Most will continue with repaying debt and that’s largely driven by the banks.’’

Many banks are looking to reduce their debt exposure and keep in line with new capital adequacy requirements with the Reserve Bank.

Mr Giera said this steadying of the ship was not a bad thing, as farmers still carried the scars from two low payout seasons in 2014-15 and were looking to reduce debt, and catch up with deferred maintenance.

The Ruapuna farmer said they were also wary about upwards pressure on costs across the board, including wages, seed, fertiliser and looming water quality and environmental compliance.

‘‘I was talking to a banker who estimated environmental compliance would add another 50c/kg to costs, depending on when the ETS is introduced.

‘‘That’s in the medium term, but it’s the unknown causing some nervousness.’’

Depending on their system, central South Island farmers have average costs of $3.70-$4.30/kg.

Mr Giera said he would not be surprised if farm operating costs rise by 30c/kg this season, as wages alone were likely to increase by 5-10c.

He said that would probably increase to 50c to 60c/kg this year.

Added to this are rising council rates, while farmers hit by the flooding are looking at lower milk production.

‘‘The strong payout is great, but it will be a lost opportunity for some still recovering from the floods.

Mr Giera said Fonterra’s $7.25 to $8.75 range looked pretty safe, as half of the co-op’s product had been contracted.

He said no-one knew what was around the corner, and there was some nervousness about the dollar strengthening and Chinese buying slowing, but most commentators were bullish about a $8 payout.

Mr Giera said Fonterra’s final milk price of $7.54 for the season just finished was an eight out of 10 result for farmers.