The 21-year-old ploughman competed in the novice category of the annual Taieri Ploughing match near Middlemarch yesterday — his first competition.

Although he was the only one in the category and won the prize by default, he said the real reward came from driving his ‘‘pride and joy’’ — a 1969 Ford 2000 vintage tractor which he fully restored himself. 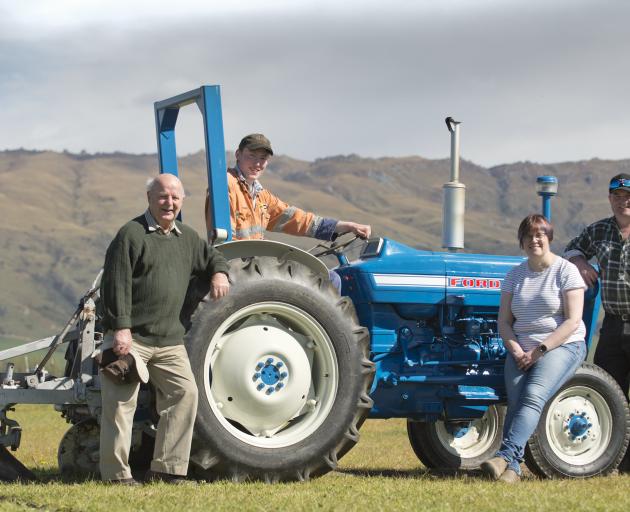 Sime family members (from left) grandfather Jim, grandson Thomas and his parents Jo and Chris at the Taieri Ploughing match near Middlemarch yesterday. PHOTOS: GERARD O’BRIEN
‘‘The silverware’s not the main part of it. It’s getting out there and having a go and being able to put my tractor through its paces.

‘‘I spent about 100 hours working on her and it was great to get her out and use her for what she was built for.’’

The Outram man said he found the old three-cylinder 35hp tractor in a sorry state on a Riversdale farm a few years back, and thought it would make a great project to test his diesel mechanical skills.

‘‘It was sitting out in the middle of a paddock, quite faded, covered in moss and it looked like it was suffering a bit.

‘‘I’ve just finished my diesel mechanic apprenticeship and I used the skills I learned from that to fix her up in my spare time. 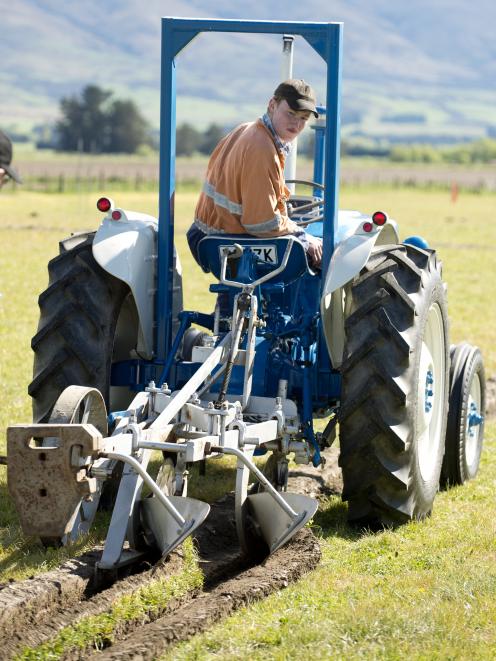 Outram diesel mechanic Thomas Sime competes in his first ploughing match on a 1969 Ford 2000 he restored himself.
So much so, he polished it up before going on his first competition run — ‘‘just to keep her looking sharp’’.

He was among about 12 ploughmen entered in yesterday’s competition, the furthest coming from Canterbury.

Yesterday’s event was a family affair for Mr Sime.

His dad was a judge, his mum did the competition records and his granddad was a steward.

Mr Sime said he was looking forward to continuing his joyride today when ploughing continues in the Middlemarch Ploughing Club match.