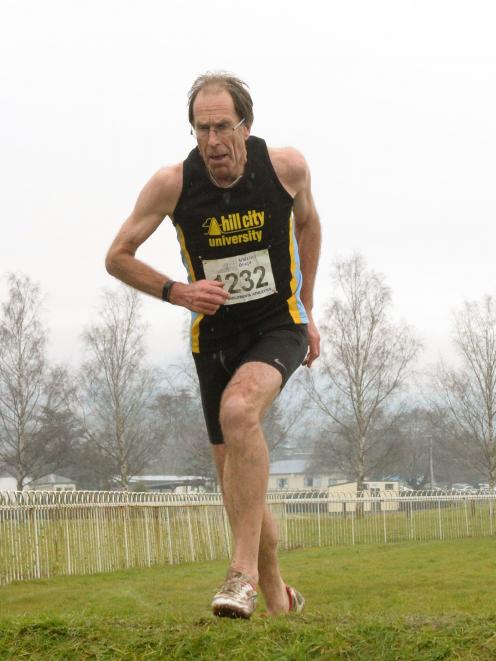 Chignell (19) is now listed alongside some of the country's great national and international running exponents who have previously won the 111-year-old trophy.

His third victory on Saturday led many to think that the record of 11 titles achieved by Pat Sidon (Caversham) could well be under threat.

The last junior to win the title and go on to three or more titles was Harold Nelson (Civil Service), who won the crown as an 18 year-old in 1941. Nelson, an Empire Games gold medallist and winner of numerous national titles, went on to win the silverware for seven consecutive years.

Oli Chignell.
Before this, another Dunedin sporting identity and winner of numerous national titles, James Barnes (Civil Service), first won as an 18 year-old in 1927, the first of five titles.

While history beckons for Chignell, it was his athleticism that was to the fore on Saturday. The heavy track seemed to suit his light frame as became involved in a battle up front with club-mates Drew Cairney and Kirk Madgwick, along with previous champions Stafford Thompson (Hill City-University) and Blair Martin (Caversham).

Heading into the water jump for the first time, things just clicked for Chignell as he leapt and cleared it with ease, then strode off, leaving the fellow front-runners scrambling to match an increase in pace. 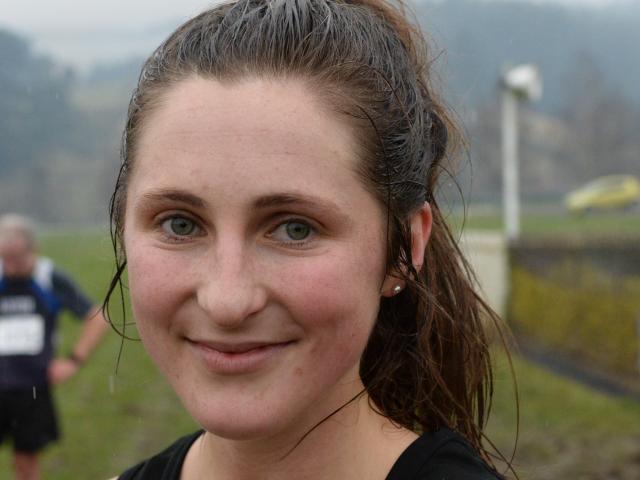 Shauna Pali.
Halfway through the 5km event, Chignell held a handy 20sec lead on Thompson, Madgwick and Cairney, who were battling for the minor places, while Martin was drifting in behind.

Chignell continued to extend his lead over the second half of the race, going on to cross the line in 16min 29.8sec. Cairney was second in 17min 8.6sec and Madgwick third in 17min 16sec.

''That felt really good,'' Chignell said afterwards. He was surprised at how fluent his running seemed after feeling a little stale in recent weeks. He also praised the work of Auckland-based coach Chris Palone.

Another junior to have stamped a mark on the event is Shauna Pali (23), who won the open women's title as an 18-year-old in 2012, and has recently returned to Dunedin after spending the past three years in Texas after taking up a scholarship.

It may have been Pali's first time on the Wingatui course since her victory five years ago, but it was if she had picked up from where she left off.

Another athlete from the Hill City-University stable, Pali cleared away from the women's field from the start, to cruise to victory in 20min 44sec.

There was an epic battle for the minor places between Hill City-University team-mates Bridget Thompson and Rebecca Allnutt and Barnes cross-country champion Claire Anderton (Caversham). But it was Thompson, backing up a top result in the Lovelock Relay meeting in early May, who crossed for second in 21min 56.4sec, with Anderton third in 22min 7.5sec, to confirm she will remain a threat in open women's events.

Pali will skip the Otago cross-country in two weeks time and will turn her attention to coming road events.