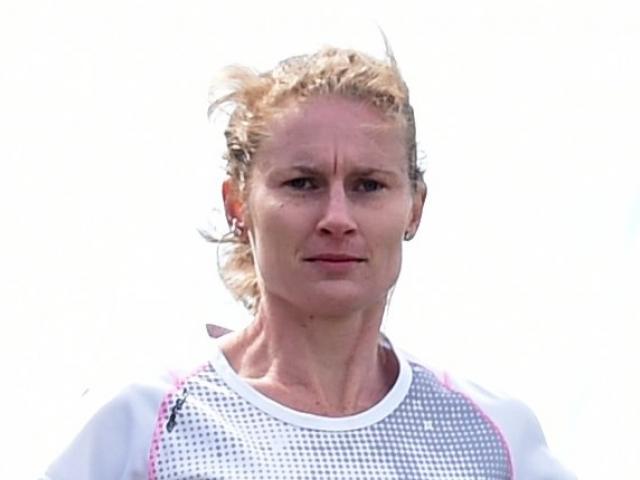 Margie Campbell.
Putting life on hold for a month is not so hard when you get to live a childhood dream in return.

That was the trade-off for Dunedin marathon runner Margie Campbell.

Two weeks ago the 34-year-old returned from Canberra where she spent a month at the Australian Institute of Sport.

She was a participant in a study investigating how marathon runners metabolise
carbohydrates.

Alongside four others, she lived on site for the entire time. They had strict dietary requirements and underwent tests at the beginning and end of their stay.

Outside of that she was able to do as she pleased, making use of the world-class facilities as the country's top athletes do.

Having lived most of her life in Australia, it was something that had special significance to her.

''It was incredible. It was a bit of a lifelong dream for me,'' she said.

''I remember going there when I was 13 on a school trip and thinking 'what an amazing place'.

''Getting to actually go there and be a professional athlete for a month was pretty cool.''

It was not without sacrifice.

A physiotherapist, she was employed as a contractor so did not get paid while she was away.

Meanwhile, her parents had planned a trip to New Zealand to see her and her new house, as well as take a trip around the South Island.

Leaving meant missing them, but it was too good an opportunity to pass up.

She discovered the study through Facebook and applied after seeing not many runners met the required times - 2hr 45min for women and 2hr 30min for men.

Eight people did the first intake in February, while five were involved in the second when Campbell went.

The participants were split into a control and carb-max groups, of which Campbell was in the control group. That meant she ate a low-carb, but very high-protein and fat diet.

The aim was to see if the body could be trained to take on more carbohydrates - for example, increasing from 60g per hour to 90. If it was able to it would make for additional energy stores and translate into a better performance.

The study was ongoing and the results were not yet available.

Campbell was now back in Dunedin and at work.

She ran the Lap of Lake Hayes race in Queenstown two weeks ago.

Her next major target is the Christchurch half-marathon, while she also plans to run the Berlin marathon later in the year.