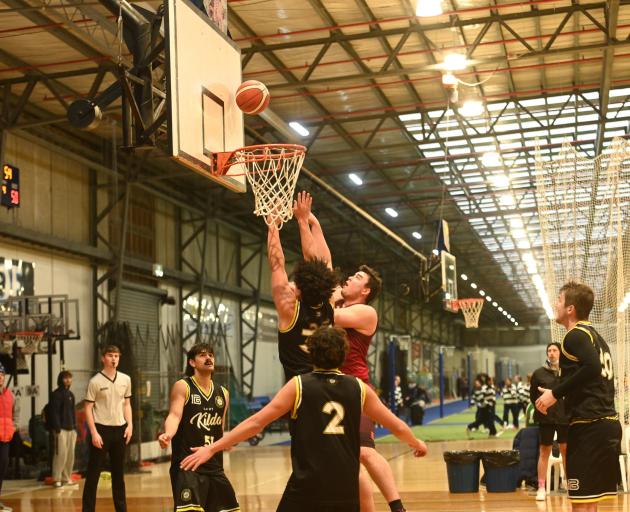 AN Olly Smith three-pointer sparked a fourth-quarter rally that propelled the City Rise Bombers to victory.

The knockdown shooter was unguarded in the corner, letting fly and setting the Bombers on what would be their winning run.

They had trailed 73-66 as Smith released his shot, but the 19-2 run that followed took them to an 86-80 win over the Andy Bay Falcons in Dunedin men’s club basketball on Saturday.

Smith finished at the hoop to draw level shortly after his three-pointer.

From there, he and Maika Shortland took the game away from the Falcons, while AJ Auld-Beverley chipped in with a corner three of his own.

The duo of Smith and Shortland was influential throughout, combining for 58 points, with 26 and 32 respectively.

The Bombers held a small buffer most of the way.

Point guard Jordan Perez (14 points) helped them off to a strong start, but centre Alex Yarnall (14 points) cleaned the offensive boards to keep the Falcons in touch.

The Bombers led 24-18 at the end of the first quarter, but that closed to 37-36 late in the second, as their offence dried up and the Falcons capitalised.

They held that lead through most of the third quarter, before a 10-0 on either side of three-quarter time put the Falcons ahead.

Again, the Bombers offence had dried up and the Falcons began finding ways to score efficiently.

Shortland scored to snap the run and, while the Falcons got to the hoop three more times to make it 73-66, the offence faltered.

It was unable to connect on its shots, while the Bombers were sparked by Smith’s class to close out the game.

Sam Senior top-scored for the Falcons with 19 points, while Matt Pyper had 16.

In the early game, it took a young Mid City Magic team until the fourth quarter to shake a plucky St Kilda Bullets.

The Bullets had their best game of the season, trailing by just four points late in the third quarter.

However, the Magic pulled out to a 19-point lead late in the fourth quarter, eventually winning 79-68.

Nathan Hanna and Dallas Hartmann scored 22 and 21 points respectively for the Magic, while Alex Wright finished with 22 points for the Bullets.

In the late game, Patrick Freeman had 24 points as the Magic Lions beat Varsity 93-70.

Elijah Velasco top-scored for Varsity with 24 of his own.