By Jeff Cheshire
0 Comments
One of New Zealand’s most popular mullets has gone.

A small crowd gathered to watch the cut, alongside the shaving of Jordan Ngatai’s beard and Josh Aitcheson’s moustache. 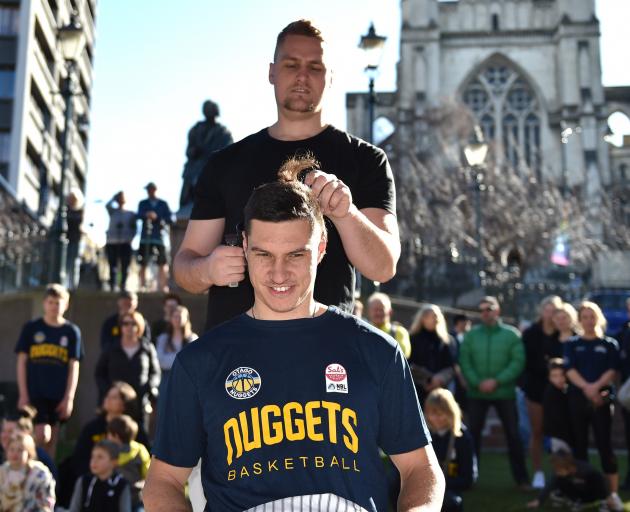 Otago Nuggets point guard Jarrod Kenny has his mullet cut off by Jarrod Anderson in the Octagon yesterday following the team’s National Basketball League championship win last weekend. PHOTO: GREGOR RICHARDSON
It came as a result of a promise Kenny made at the beginning of the campaign — that the mullet would come off in Dunedin if the Nuggets won the National Basketball League title.

That happened a week ago when the Nuggets beat the Manawatu Jets 79-77 in the final in Auckland, claiming their first championship.

The event was used to raise money for charity — a Dunedin basketball hardship fund being set up to support youth players who need financial help in the game.

As of yesterday afternoon, that had raised $3300, donations coming from as far away as the United States, Canada and Australia as well as from around New Zealand.

Kenny had enjoyed the event and said it was "awesome" to have so many donations coming in. 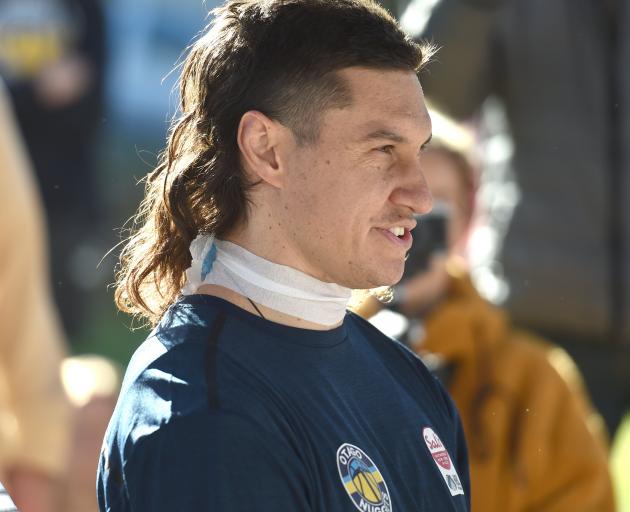 Jarrod Kenny pre-shear.
"It feels a little bit lighter and a breeze on the back of the neck again," he said.

The mullet developed something of a cult following throughout the campaign.

It even gained its own fan club, whose members made a trip from Te Kuiti to watch a game in Auckland.

Kenny will now link back with the Cairns Taipans for the Australian NBL season.