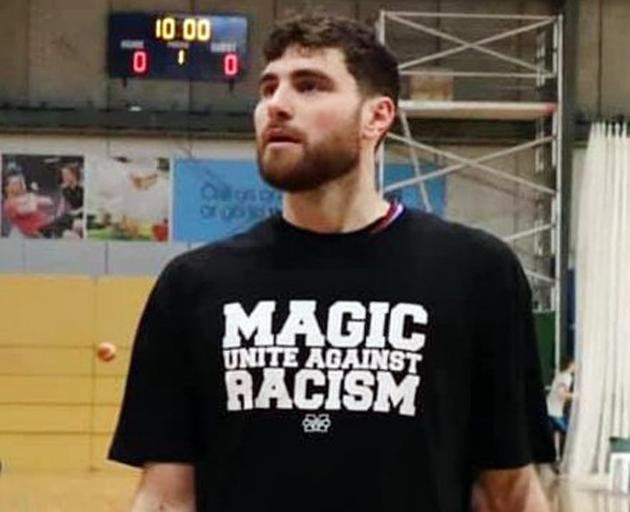 Magic player Sam Timmins with the T-shirt the Magic Lions side wore last weekend in the warm-up to the side’s semifinal at the Edgar Centre.PHOTO: FACEBOOK
How do you protest against something when you fail to provide any information about the reason for the protest?

The club which has two teams in this weekend’s A grade premier club final and Basketball Otago have both refused to discuss the reason why a Magic Lions side wore T-shirts saying "Magic unite against racism" in the warm-up before its game last Saturday.

When contacted yesterday, Magic spokesman and club stalwart Alf Arlidge said the club was not prepared to say what had driven the players to wear the T-shirts.

He said an investigation was under way by Basketball Otago and no comment would be made until that investigation was completed. The Otago Daily Times believes the
complaint centred around a racial gesture made by another player in the first week of playoffs late last month. The player who allegedly made
the gesture did not play last Saturday.

Basketball Otago general manager Peter Drew acknowledged a complaint had been received about an incident in a game. But as the investigation was ongoing he could not make any comment. 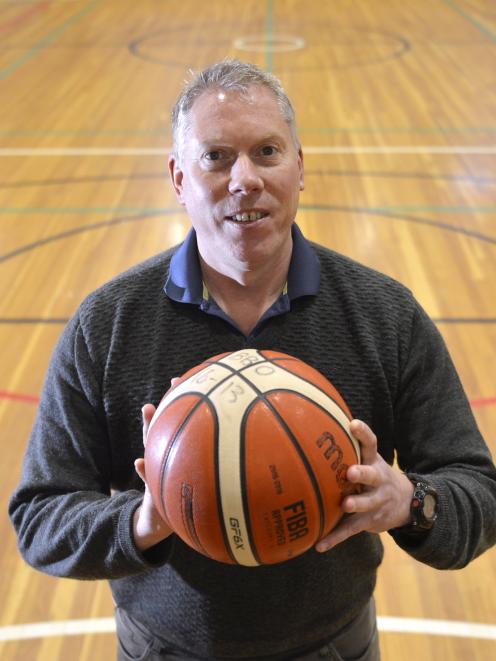 He said the process would take at least a few more days.

Drew said the investigation would be run along the policies and processes set by Basketball NZ.

Both Basketball NZ and Basketball Otago have zero tolerance policies against racism.

He declined to say whether the complaint was related to a physical or verbal incident.

The Magic Lions and Mid City Magic A, which are both from the Magic club, are set to face each other in the A grade final at the Edgar Centre on Saturday. The Lions won their
semifinal in double overtime last Saturday, while the other Magic side had already qualified for the final after a win in the top-placed playoff last month.

Drew said he did not think the controversy and the alleged racial complaint would have any impact on the playing of the final and a good game would be played.

He said racism had been a big issue for all sports over the past few months around the world and zero tolerance had to be shown against any form of racial abuse.