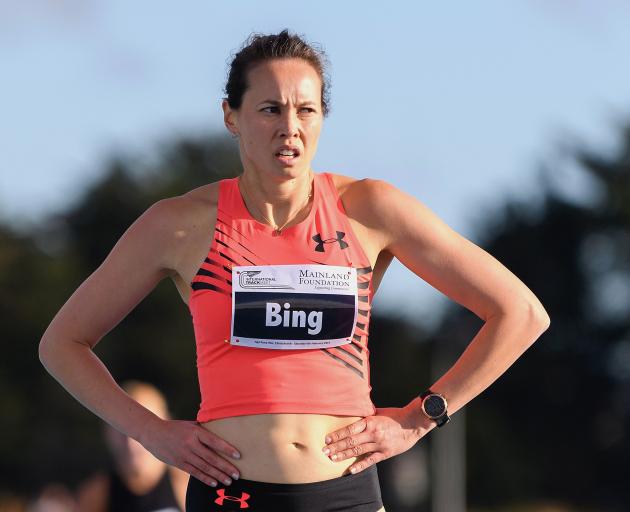 Bing carved 0.36sec from her own three-year-old national women’s 400m hurdles record to run a stunning 55.5sec on her way to an emphatic victory.

Competing in near-perfect conditions on her home track, the Waitakere athlete looked smooth from the outset and also plundered the New Zealand resident and meeting records as well as a Commonwealth B performance standard mark.

The 28-year-old is in the form of her life this season and also set a massive 400m personal best earlier this season in Hastings.

"It means a lot to me because it is on my home ground and I think it is a reflection of all the things I’ve been working on and it shows that everything is coming together," Bing said.

"I’m super stoked. It puts me back on the world rankings list and in a nice position leading into what I hope will be competing at the world champs and Commonwealth Games."

The Christchurch Old Boys United athlete soared clear at a meet record mark of 2.30m with his second attempt before raising the bar to a monster 2.34m— which would have added 3cm on to his national record.

He missed out on attaining a height that would have lifted him to No2 in the world this year, but it was yet another performance of supreme class from the Kiwi jumper.

Tom Walsh unleashed the three longest throws of his shot put season to continue his gradual improvement during his 2022 campaign.

The double Olympic bronze medallist was disappointed with some technical elements but opened with a 21.24m effort — 22cm in excess of his previous season’s best — before powering the 7.26kg shot out to 21.26m in round five and finishing with a 21.23m throw.