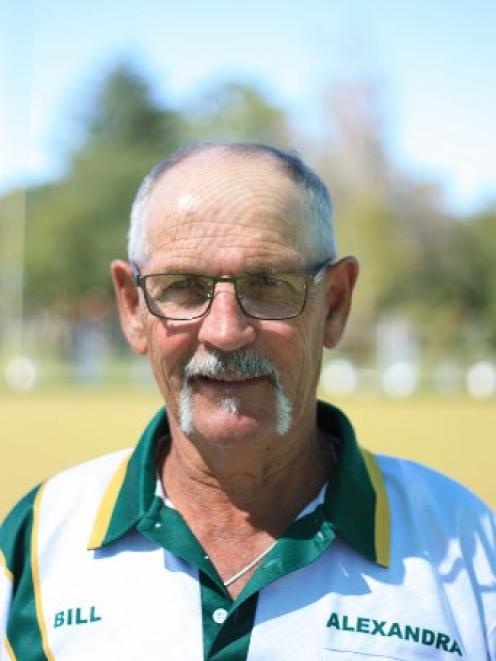 Bill Clements. Photo: ODT Files
The gap is closing. Bill Clements reached a milestone at the weekend when he won his 70th Central Otago bowls title.

Clements (68) was a key member of Trevor Drake’s Alexandra team that won the men’s open fours. The other players were Warren McLeod and Trevor Ludlow.

They beat the Bannockburn four of Wilson Moir, Bob Sanders, Jim Bartlett and Dave Stewart 19-11 in the final.

Clements is only the second bowler in New Zealand to win 70 centre titles. Former World Bowls silver and bronze medallist David File, of Gisborne-East Coast, holds the record with 75 titles.

Clements returned to bowls this season after an enforced 12-month break from the sport.

‘‘I did things like camping, fishing, whitebaiting and boating that I did not have much time to do before.’’

Clements has a 7.2m cabin cruiser he sailed on Lake Te Anau and other spots.

He has his eye on File but does not know if he can catch the Gisborne bowler.

‘‘I’ll just take it one day at a time. It won’t break my heart if I don’t catch David File. If the titles come that is good but if they don’t I’ll still enjoy my bowls.’’

It was the 27th centre title for Ludlow, ninth for Drake and the first for former Mornington bowler Warren McLeod.

McLeod came into the team at the last minute when Steve Rabbette was rushed to Dunedin Hospital for an emergency operation.

Clements won his first centre title in the Central Otago open singles in 1982 when he beat South Island representative Tom Rutherford in the final.