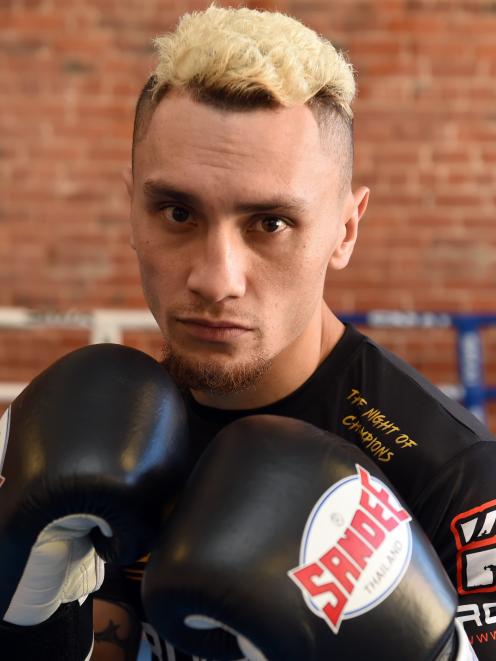 Well actually, it is Ivan Drago's Kiwi lookalike - a blond, spiky-headed 21-year-old from Auckland going by the name of Andrei Mikhailovich.

Mikhailovich has been dubbed the "next big thing", according to a One News story.

Supposedly no-one wants to fight the heavy-hitting engineering student, who boasts a record of eight wins from eight fights.

But Haley does. The super middleweight is dead keen to get back in the ring after a frustrating period of inactivity.

He has had a few fights axed recently. But the good news is it put him on course for a fight against a quality opponent in Auckland tomorrow.

They are fighting on the undercard of the bout between David Light and Mark Flanagan for the WBO Oriental Cruiserweight Title at ABA Stadium.

It is televised, so it is a big occasion. And Haley, who has a professional record of six wins and a draw from 10 bouts, has got himself in the best shape of his life.

He also has a background in kickboxing. When you add that to his amateur and pro boxing career, he has had close to 100 fights.

Haley has more experience than his Russian-born opponent, and reckons he has the game plan to upset his rival.

"He is dangerous. He is meant to be the man around New Zealand," Haley said.

"He has a bit of a different style to other people. He loops his overhand right but he tires quite quick.

"I've watched him in four-rounders and he gets pretty gassed. I'm used to fighting 10 rounds, so ..." Haley said, trailing off.

The bout is set for six rounds, and Haley plans to pounce in the second half of the fight.

Haley, who is from Dunedin, spent seven years living in Melbourne, but returned home last year. He was keen to continue his boxing career but struck a few obstacles.

"I've had two fights fall over this year so I'm itching to go. It has been like a long training camp and I'm peaking at the right time."

Haley likes to fight on the inside but considers himself an allrounder.

The rematch in October that year was a draw, so they fought again in April last year. This time Meeraj won by unanimous decision.

Haley's most recent fight was a win by unanimous decision against Indonesian Ramadhan Weriuw in Singapore in September.

He actually has not fought professionally in New Zealand since his debut in 2014.