Cricket: Harvie keen to get among the wickets 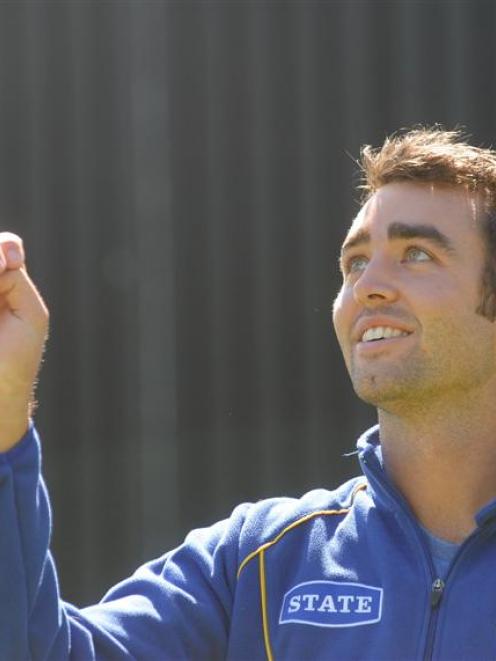 Two years ago, the fringe Otago seamer had an outstanding one-day campaign, taking 18 wickets at 19.11.

Harvie's lively pace caused plenty of headaches for the country's opening batsmen and his ability to bowl just as sharply in his second and third spells underlined his potential.

While he struggled in the four-day tournament, he was looking to build on his one-day form but injury stayed his progress.

A medical imaging scan revealed three stress fractures in his lower back and meant taking the year off to give the injury time to heal.

"It was a tough season to sit out, particularly when Otago was doing so well," Harvie said. "But it's great to be back in the mix."

The back is 100% now but getting selected for the Otago side has not been easy, with seven past or present internationals in the squad.

"The side is all performing really well and, obviously, that has been reflected with so many getting selected for the Black Caps."

Harvie was not required during the one-day competition and has had just one start for Otago in the twenty/20 competition this season.

But that was in the vital last round-robin match against Auckland, which Otago needed to win to secure a home final.

He contributed to the comprehensive 42-run win with two wickets in his first over, to help reduce Auckland to three for three, and finished with two for 15 from three overs.

Whether Harvie plays in Sunday's twenty/20 final against Canterbury at the University Oval could hinge on Warren McSkimming's fitness.

The veteran medium pacer has had an injury-plagued season and is struggling with a calf strain.

Wet weather in Dunedin this week could also conspire against Harvie's selection, with the pitch expected to be slow and low.

"If it is a hard track it could seam around. But if it is a wee bit soft it could suit the lower, skiddy bowlers. So we'll just have to wait and see, and see who the coach and selectors go with," he said.