Hawkins one of three new players in mix 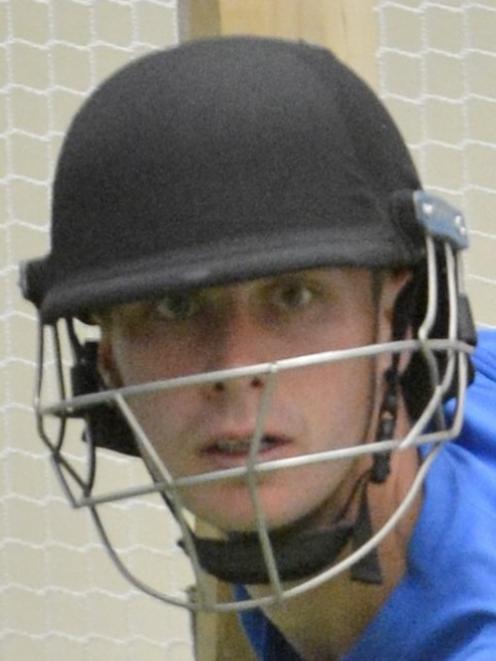 The 24-year-old right-hander is one of three new players to be offered Otago contracts for next season.

He will be joined by exciting all-rounder Dean Foxcroft, who has transferred from Central Districts, and Northern Districts top-order batsman Nick Kelly.

Hawkins forced his way into the Otago first-class side last season on the back of some strong form in club cricket.

He made his debut against Central Districts at Molyneux Park in December and impressed with a patient knock of 61 in the second innings.

Hawkins, who was born in Christchurch and spent part of his childhood in Hamilton, moved to Sydney with his family when he was 10.

But he moved back to New Zealand to chase his cricket ambitions and to study physiotherapy when he was 20.

"It was certainly something I was striving for for a few years, so it feels pretty cool to finally get it,'' Hawkins said.

With veteran opener Brad Wilson retiring, there was a spot open so "it was good timing''.

The challenge now is to work on his white-ball game.

"We are excited to see him [Hawkins] now kick on, and at the same time look forward to seeing what he has to offer in the short format as well,'' Otago coach Rob Walter said, adding he was looking forward to seeing the other two new players in action for the province.

"Nick and Dean are both dynamic young players who will bring quality and excitement to the team.

"We look forward to seeing the full spectrum of skill and energy they will bring to the Volts moving forward.

Otago offered 14 contracts in the first round and still has two spots remaining.

However, Christi Viljoen and Josh Tasman Jones are the two players not contracted from last season.

"As with all contracting processes, there are players who miss out,'' Walter said.

"We have two chaps who have been great team men and offered so much both on and off the field. Personally, I would like to acknowledge all that Christi and Josh have given to the Volts and hope this is just a mere bump in the dreams they pursue on the cricket field.''

The players offered contracts have until Friday to accept or decline.

With just four frontline seamers named, players such as Jack Hunter and Tommy Clout could come into contention for the remaining two slots.

Shawn Hicks has joined Wilson in retirement and fast bowler Warren Barnes has taken an indefinite break from the game.