Making cricket less accessible no way to inspire next generation 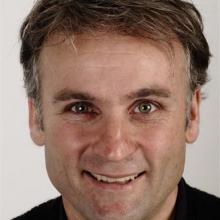 Adrian Seconi.
Welcome to the future of live sport - you buy your ice cream in one store and the cone in another.

If you like to go to one place to get all your sporting fixes then you have just had the artificial turf yanked away and you will have to scratch out several new marks.

Spark Sport has secured the rights for the Black Caps' home games and for domestic cricket from April. It is a six-year deal.

Sky still has the rights to plenty of good cricket. It has the next World Cup and next year's T20 World Cup. It also has the 2021 Women's World Cup, and has secured the rights to the Black Caps' tour of India in 2021 and has a six-year deal with Cricket Australia.

We will need one more paid subscription to follow the game we love.

That will be one too many for a lot of people. Cricket will be even less accessible than it was when Sky had a monopoly.

A colleague helped paint a picture of what it is like for some kids who are growing up unable to watch the game.

His 9-year-old nephew has recently discovered the great game but has never seen Kane Williamson play.

When those of a certain vintage were that age, cricket was available on free-to-air television. We got to see Richard Hadlee ripping out wickets or Martin Crowe caressing the ball down the ground.

What a treat. It was inspiring and sure to send you straight out to the backyard to recreate your own games.

That is how a lot of us got hooked. Those days are over. Apparently it is progress to stream the games on the internet for mega bucks even if painfully few people are actually watching.

New Zealand Cricket (NZC) may cash the big cheque but the game is dying at the roots. The sport barely registers at secondary school level any more.

Making it less accessible just does not seem like a promising way to inspire the next generation of cricketers and tragics alike.

NZC chief executive David White has hailed the agreement with Spark as "ground-breaking".

"Live streaming is the future. It allows viewers to free themselves from fixed linear schedules to watch live, delayed, highlighted or clipped content when and where they choose, and on a wide range of devices," he crowed.

That may be. But only if you can afford it, of course. And if you live somewhere with poor internet - tough, you are out of luck.

Spark butchered its first real test. The broadcast of the All Blacks' Rugby World Cup against South Africa was so poor, Spark was forced to simulcast the second half of the game on TV One.

The telco has issued endless press releases, hailing every successful stream since its monumental own goal. But many remain unconvinced Spark can deliver the big games without further disruption.

It does not have the expertise its competitor has. Love or hate Sky, the company lifted the bar when it came to sports broadcasting.

But it had a monopoly and charged accordingly. And it was reluctant to unbundle its services and that frustrated people who did not want to pay for programmes they did not want to watch.

There is competition now and Sky is unbundling its services. But more choice does not always mean better choices, especially if you have to go to two different outfits to get one product. We just want our ice cream in a cone, please.