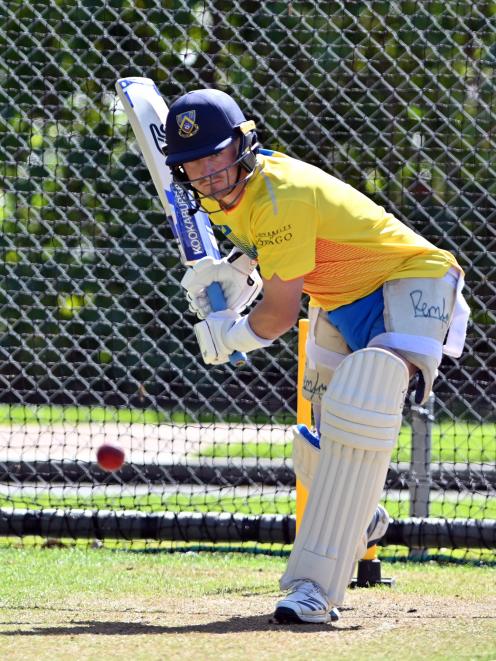 The 22-year-old picked up an abdominal strain while playing for New Zealand A in a first-class game against Pakistan in Whangarei last week.

Smith said it was "not too bad, I think" but expected to miss the games in Alex which was "a bit of a shame".

The Volts open their Super Smash campaign with a match against Auckland at Molyneux Park on Monday. The next day they host Canterbury.

Smith hopes to be fit for the Volts game against Northern Districts at Bay Oval on January 2.

"It will be two weeks max, I reckon."

Smith has been in terrific form with the bat and the ball and he has done it at the next level up for New Zealand A.

He picked up five wickets for the match and smashed out a rapid 76 in the comfortable win against West Indies A at Mount Maunganui earlier this month.

He was back at the top of his game in the game against Pakistan A. Smith took three for 29 in the first innings and scored 40 and 45 with the bat.

He went wicketless in the second innings but bowled a tidy spell.

Smith got the opportunity to bat at No6 and he is starting to mount a compelling case for an opportunity at international level should an opening appear.

Otago captain Jacob Duffy showed he was able to make the step up from New Zealand A level to international cricket with a four-wicket haul in the opening T20 against Pakistan.

"That was awesome," Smith said of Duffy.

"It has been a long time coming for him. He has been in unbelievable form for us for a long time now, so it was nice to see him do well."

As for his own prospects, Smith said the players ahead of him were "doing a great job".

"But I’m really happy with my form.

"It was nice to get a few wickets ... and I feel like my batting is in a good place now."

The Volts are expected to name their side for the opening two matches today.