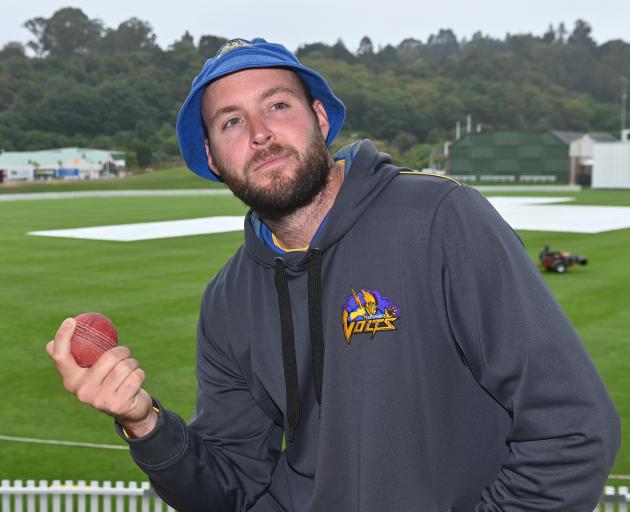 The soon-to-be 32-year-old has had more setbacks than most. Early in his career the Otago player struggled with chronic fatigue and was sidelined for about 18 months.

Then there was a serious back injury which robbed him of another year on the park. He did not play at all in 2016-17 and nearly gave up.

He battled back but found last summer a struggle. He was not able to bowl as well as he hoped and his passion was waning.

But retirement did not feel right. He got himself as fit as he has ever been and took on the role of co-captain.

He was re-energised and all set for a big season. But once again his summer was cut short. His back injury flared up.

"It has been draining. There is no denying that," he said.

"I put a hell of a lot of work in during the off-season and to only get one four-dayer and three one-dayers was pretty frustrating. I definitely feel like I did all the right things.

"I had got my fitness to the point where I didn't have to play catch up and could actually concentrate on my cricket. That made a massive difference.

"The year before I kind of lost the love of the game. The year coming out of surgery and the first year back to cricket was one of the hardest years I've ever had, so to get that enjoyment back really helped."

His latest injury is a recurrence of the bulging disc he had operated on two years ago. Every time it felt better it would flare up at "the last hurdle".

He put in "a really good block of training" before the match against Central Districts earlier this month.

But because he had not played any competitive cricket the plan was to make his way back through club cricket and for the Otago A side.

He played back-to-back games but was stiff at the end of the weekend.

"That was pretty much the nail in my coffin in terms of my season. I realised just how far away I was from being able to play a four-day game."

Craig will play club cricket this weekend and spend the winter strengthening his body for next season.

He knows what he has to do to get into peak condition. He has unfinished business and that is keeping him going despite the setbacks.

"I've been through a lot through the years and this is just another speed bump. There is still that burning desire.

"At the top level there is still some stuff that I haven't done that I want to do. I want to show internationally the bowler that I am.

"But more importantly, I want to leave [Otago cricket] in a better place. We've got a great group of young kids here and I want to help them and share my knowledge and experience to help put Otago cricket in a better position moving forward."