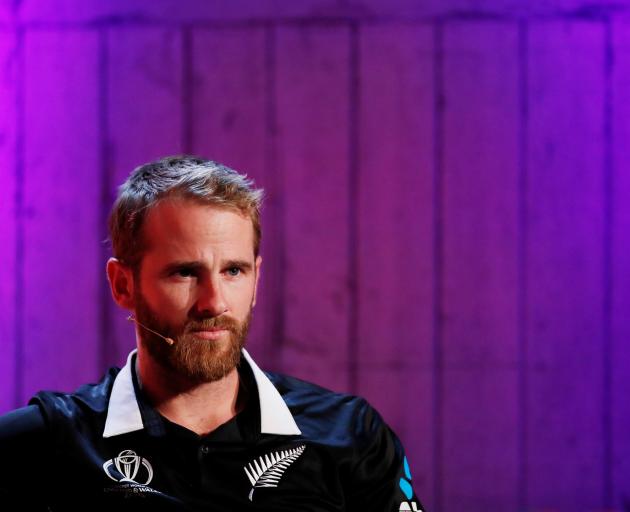 New Zealand skipper Kane Williamson speaks during an ICC Cricket World Cup captains’ press conference at The Film Shed in London yesterday.PHOTO: REUTERS
The Black Caps’ World Cup campaign gets under way against Sri Lanka in Cardiff next Saturday. Former national coach Warren Lees spoke to cricket writer Adrian Seconi and shared his view on everything from who should partner Martin Guptill at the top of the order to Kane Williamson’s captaincy style.

Who should open alongside Martin Guptill - Colin Munro or Henry Nicholls? Or would you swap both for Will Young if you could?

You would have hoped Will Young would have got into this group. But I don't know - I think they will probably go with Nicholls to start. Nicholls has possibly a little less pressure on him at the moment. Therefore he can go in and play his own game. The other guy has recent bad memories and that has to play on his mind. Whenever he goes out to bat for New Zealand now he must be thinking `well, this could be my last go'. And maybe in the back of their minds, and in some conditions, they could say, `well, [Kane] Williamson can open'. But we all know Guptill is at his best when he is feeling confident about the guy at the other end. That is important for Guptill and I don't know that he always does and therefore it changes the way he plays.

Arguably we've got three of our greatest one-day batsmen in the side. But do we have the team to win the tournament?

[Ross] Taylor, Williamson, Guptill - beauty. But every team has those sort of players, by the way. You look at Australia, they have three of those players. But their next group are probably, at this stage, better equipped than our next group. That is why it is important that our next group of players play well enough that it does not affect our top guys. That is quite important. We'll have to win it with the guys who bat at five, six and seven. There will be a huge pressure on those players. We'll need someone in that group to have an outstanding tournament. 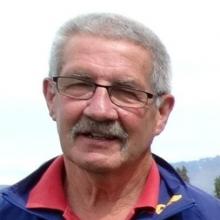 Warren Lees
No Daniel Vettori this time. Is there a weakness with our spinning stocks?

They are as good as we've got. The left-arm spinner who can change his pace and vary his flight is useful. I think we've possibly never replaced Daniel Vettori.

What do you make of the Black Caps pace bowling unit? Is Tim Southee in your top XI?

Well [Trent] Boult is as important to me as Williamson is to the batting line-up. He is well ahead of anyone and he is also a big-match player. And I think Southee is still really worthwhile. When it comes to the big matches at the big grounds with packed crowds, I can't see Southee being affected by that. Even the opposition with their name players, he is not affected by that at all. I think one or two of our younger fast bowlers might not find that easy - even with their experience over the last few years. If we go far in the tournament it will be because their [Boult and Southee's] bowling is exceptional.

Brendon McCullum's captaincy was a key factor in the Black Caps' run at the 2015 World Cup. He would take a punt but Williamson is a different type of leader. Perhaps more conservative. What do you make of his style?

I don't think Kane has really stamped his mark yet. I don't mean this in a negative way but he is a good English county captain. Brendon did the unusual ... and he backed himself and he backed his players. But if it wasn't working he would say `bugger it' and give someone else a go. Kane trusts his players but he almost says `well, that is your job, you're picked for it, we'll just wait and see'. But if you are in the World Cup semifinal and you're in the 28th over, you can't wait. There is a wee bit of that but Brendon was sort of out of the blue really.

By some estimations - OK, mine - the Black Caps are about the fourth or fifth-best team at the tournament. Where do you rank them?

My heart says we're going to go through to the semifinals. My head says we're about fifth, and fifth is not far ahead of seventh if things don't go well. But with our start, if we get a roll on and perhaps pick up a win we're not meant to, then fifth is not very far behind third. One team will get a roll on and the next three of four teams will cut each other's throats. We're probably in that group.