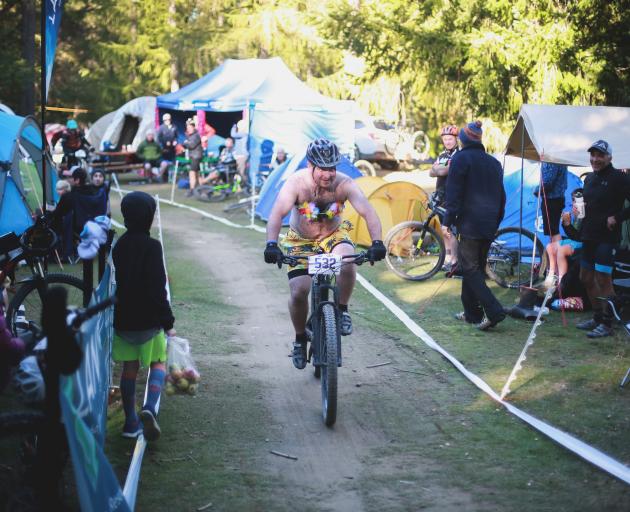 About 670 riders participated in the event which dares riders to complete as many loops of the 10km track as possible through the Naseby Forest and Larchview Holiday Park.

The field included about 155 teams and 37 individual riders.

Race director Craig Bates said despite the occasionally frosty conditions, there were no issues on the rebuilt course.

"We had no major accidents and no major problems," he said.

Another popular feature of the event was the 15th edition of the Hawaiian shirt competition.

Bates said about 80% of the field decided to dress up for the occasion.

"The response was really good."

In terms of the serious stuff, Wanaka's John Mezger was first in the solo men's category with 19 laps.

He was followed by Cameron McCardy and Tim Heather who completed 18 and 17 laps respectively.

First solo woman was 15-year old Emma Cunningham, of Dunedin, who finished with 13 laps to her name.

She was followed by younger sister Rachel, who completed 11 laps.

Sangster also had the quickest lap of the event when he completed his second loop in 29min 35sec.