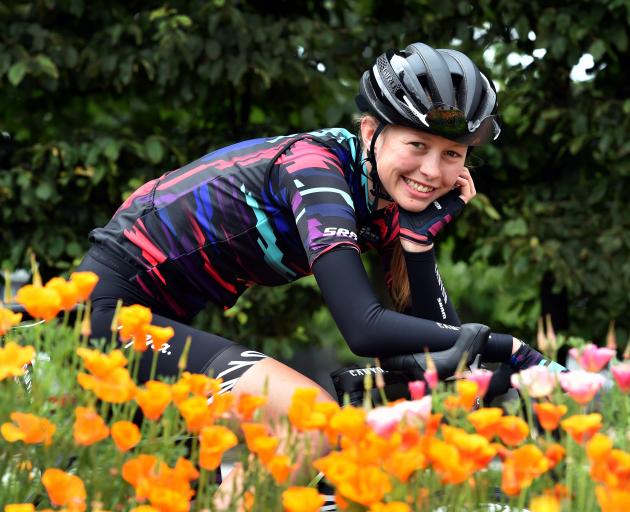 The 20-year-old Dunedin road cyclist won an online competition like no other.

The national club under-23 road champion competed against about 4500 other hopefuls in a gruelling fitness contest, with the prize being a professional contract with German team Canyon-SRAM.

There was no console in sight - just an odious cycling machine waiting quietly for you to hop on and pedal your guts out.

As Harris said, it was just horrible.

''It was awful. I'd never do it again. It was just the most painful thing ever,'' Harris said.

The contest was through the Zwift Academy, which is an online cycling platform which enables people to ''cycle on their trainers in their living rooms against other people'', Harris said.

There were 16 sessions to complete, all of them exhausting. There were four group rides, two races and 10 workouts.

''The workouts were power tests - so pretty much about how hard you can go.

''They looked at all the data and from the people who completed all 16 sessions and 10 people progressed through to the semifinals.''

From there the top three riders were selected to head to Spain and compete for a place on the team next year.

There was more testing and more racing. The aim was to find the rider's exhaustion point.

Harris was able to maintain 400 watts for a minute before her legs just gave up. Her rivals got up to 350 and 375 watts.

At 1.79m and 59kg, Harris' power-to-weight ratio helped her win the spot. But she was left behind on a hill climb by British rider Mary Wilkinson, and left waiting to hear who had won the spot on the team was almost as bad as the virtual workouts.

The team had gathered together for the announcement.

''It was like a very big announcement beside a pool. The three of us were lined up with the team surrounding us and the manager announcing it.

Shortly after the announcement Harris found herself in the pool. Her new team-mates saw to that.

She has signed for one-year with the team and will be based in Girona, Spain.

She will be one of two New Zealanders to make their debut on the women's world tour next year. She will join Wanaka's Mikayla Harvey, who has signed with Cervelo Bigla.

Harris' next assignment is the New Zealand elite national championships in Napier next month. After that she will leave for Spain.