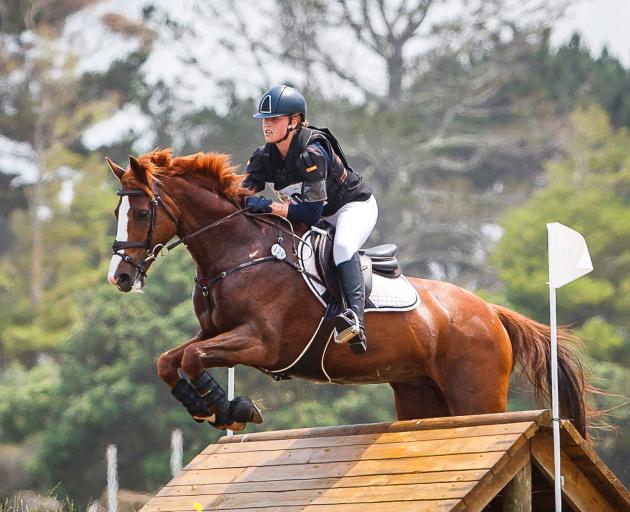 Ella Morshuis and her horse World Famous clear a cross-country obstacle at the Puhinui three-day event near Auckland over the weekend. PHOTO: LIBBY LAW PHOTOGRAPHY
Beating an Olympian is all in a day’s work for Dunedin teenager Ella Morshuis.

Morshuis (15), who has just finished year 10 at St Hilda’s Collegiate, won a top class at the Puhinui three-day eventing competition near Auckland over the weekend.

It gives her three big titles in as many months.

But those two achievements were topped by the win at the event at Puhinui.

In the victory, she defeated Olympian Jonathan "Jock" Paget and his mount Bing Bong.

Morshuis and her horse World Famous, or Blaze as he is nicknamed, said she could not believe it when she beat Paget and won the class.

"Yeah, unbelievable really. Just insane. When he dropped that last rail I was really disappointed for him and he was really nice about it," she said.

"But I would have been very, very happy to have finished second."

Morshuis, who was competing in the 2* class, which relates to height and difficulty of the eventing over three days, had started well on the dressage and sat just behind Paget as the field went into the cross-country.

She and Blaze went round the course under the time and did not pick up any penalties so were still well in contention.

Into the final day and the final discipline, showjumping, and Morshuis admitted the nerves got the better of her.

"I do get nervous and felt sick in my stomach. But as soon as I jumped on Blaze and started my warm-up it came right and I started feeling better.

"I rattled a few jumps but they stayed on, luckily, so that was great."

She then had to wait for Paget, who won an Olympic team bronze in 2012, to go through his round and knew if he put one rail down then she would win.

He knocked a rail down on the last jump and it was glory for Morshuis.

She said it had been a dream weekend and a great last couple of months.

She paid tribute to her family, her coaches and friends but most of all to her horse.

"He is just amazing. He has taught me so much. Just what he can do. My jumping coach had heard he was for sale and then my dressage coach said I had to get up here and we had to buy this horse."

World Famous was bought by the family just over a year ago and was a real asset for her, she said.

The horse is 14 and still has plenty of life left in him.

Morshuis admitted that long-term, she would like to ride on the international stage, but that was a long way away.

For now she would keep training in Hamilton for a week, return to Dunedin for Christmas before returning to Hamilton in the new year for more training.

It has been a mixed last few days for the family. Mother Debs was on hand to watch her daughter win at Puhinui but had to go back to Christchurch, where her son Harry (14) was in hospital after taking a spill on a mountain bike earlier this month and injuring his back.

He is expected to fully recover and was due to be transferred to Dunedin yesterday. 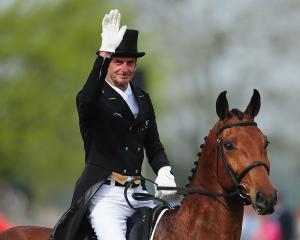 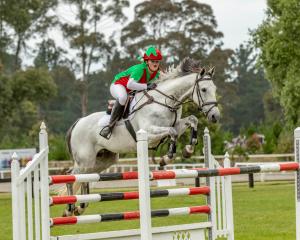