Al-Kalisy attracted to the bright lights 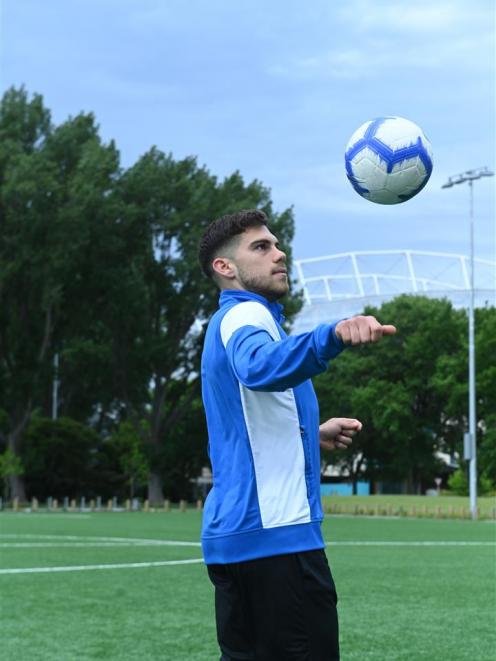 While Southern United is not accustomed to playing under lights, it is something the 23-year-old spent most of his life doing.

Growing up in Iraq, the dual Iraq-New Zealand citizen played virtually all of his football at night.

That was standard in the Middle East, as it got too hot during the day.

It was something he enjoyed as well and he was looking forward to Southern’s game against Hawke’s Bay United at Logan Park Turf, which kicks off at 7pm.

"It’ll be a new experience for some," he said.

"But when you grow up playing under the lights, for me it’s like being at home.

"I’m really excited for it.

"Being under the lights just has a different feel to it.

"It’s one of those things that’s just really enjoyable.

"You have the lights up and it just feels like a special game."

In his second year with Southern, Al-Kalisy was enjoying being back.

He had a stint in Ireland over the winter, although visa issues prevented him signing anywhere.

That was followed by a return home to Iraq, which he loved.

He had hoped to play there, although the situation did not work out.

When the chance to return to Southern arose, he jumped at it.

"While we aren’t professional it’s very close to it in that everyone takes it very seriously.

"It’s a great group of lads to be around, so it wasn’t a tough decision to come back.

"I was over at home and I said I’d love another crack at it."

He is working at Football South in a newly established role as its diversity and inclusion officer.

His goal there was to make football more accessible to all groups across the community.

Alongside Joel Stevens and Garbhan Coughlan, he has formed a lethal attacking trio, while youngster Cameron McKenzie is quickly making that a quartet.

Al-Kalisy managed two goals in his last outing at Logan Park, which ended as a 4-0 win over Hamilton Wanderers.

"Honestly having quality like that around you, where the movement’s really good off the ball and with the ball, it makes my job easier.

"I think it just becomes a lot more fun."

He was expecting a tough challenge from a Hawke’s Bay side which has started well — having won two and drawn two of its opening five games.

That has included draws against both Canterbury United and Eastern Suburbs, which both beat Southern.

However, confidence was high in the Southern team after a 5-2 win over Waitakere United and Al-Kalisy felt it had found its feet. 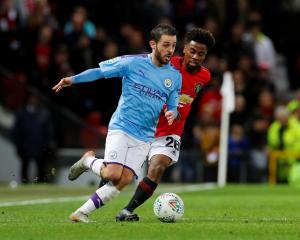