Caversham out in quarters after loss to 'better' side 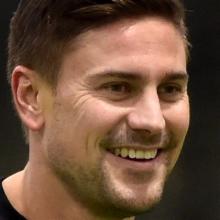 Manickum scored in the 57th minute to give his side a 2-1 lead in the knockout fixture after Caversham failed to adequately clear the ball from near its own goal.

A third goal with just two minutes remaining sealed the deal as Waitakere booked a semifinal spot, but the damage had already been done.‘‘We just ran out of legs towards the end,’’ Caversham coach Tim Horner said.‘‘It was certainly a very high-tempo game and certainly a step up [from previous matches].’’The signs were promising early on as Caversham scored first through Sam Collier just 15 minutes into the game, but the lead was shortlived.

The equaliser for Waitakere came just a few minutes later when Keegan Linderboom got his side on the board.

Conceding a goal so soon after scoring one was a ‘‘real no no’’ and made for a difficult second half, Horner said.

The strike came when Caversham was down to 10 men as Collier received treatment on the sideline for a bloody nose.

"Up until then they hadn’t broken us down, so that was disappointing."

Steven MacDonald scored the third goal for Waitakere as the score blew out to 3-1.

"We’ve got no complaints. They were better on the day and, sometimes, you have to just cop that and not get too down about it."

Waitakere plucked former All White Ross Nicholson out of retirement to stand in goal for the game, and he had a solid outing.

Meanwhile, in club football, Dunedin Technical kept the pressure on second-placed Mosgiel with a  6-0 win over Northern at Tahuna Park.

Tech striker Alistair Rickerby was a constant threat to Northern’s defensive line and he gave his side the perfect start in the ninth minute.

Rickerby latched on to a poor Northern clearance in the penalty area and headed the ball over the outstretched arm of Northern goalie Freddie Haidekker.

Tom Peterson scored the goal of the game in the 80th minute, when he laced in a 30m shot off the left upright.

Tim McLennan and Josh Stewart also etched their names on the score card with second-half strikes.

Another close battle seemed likely when Mosgiel clashed with Roslyn-Wakari at Bayfield Park, but that did not eventuate as Mosgiel romped to a 4-1 win.

After a strong start by Roslyn-Wakari, Mosgiel seized the initiative in the 21st minute when Isaac Snell delivered a pinpoint cross to Rohan Ali, who expertly volleyed home.