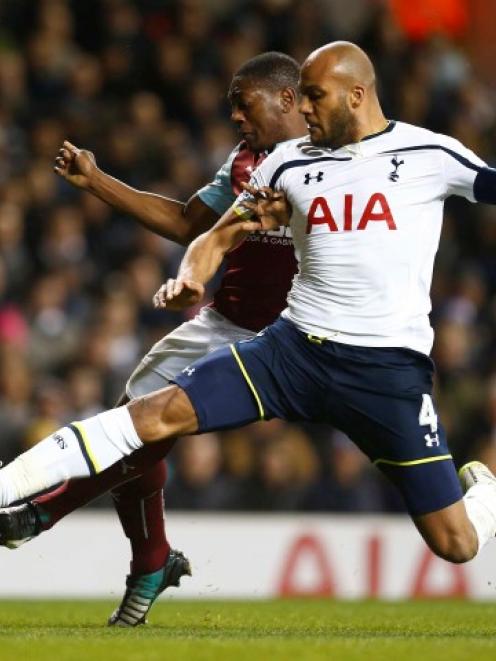 Red-hot Harry Kane watched from the bench as Danny Rose sealed the home victory for eight-times FA Cup winners Spurs after Burnley, who gave their leading forward Danny Ings a breather, had scored twice in the first eight minutes.

The overbearing significance of the Premier League was underlined by Southampton also resting top scorer Graziano Pelle for much of their replay at second tier Ipswich Town but fellow forward Shane Long struck with an instinctive finish after 19 minutes to secure a dour 1-0 win.

With both sides third in their divisions and the clubs winning their only FA Cup in the competition's sideburn-filled glory years of the 1970s, the replay after a 1-1 draw in Southampton promised much.

But, in truth, the gap in quality was clear, although a hamstring injury to influential midfielder Victor Wanyama might lead Southampton fans to question the worth of the FA Cup as they chase a Champions League place.

At least the "magic" of the Cup was slightly in evidence in Wednesday's other replay.

Tottenham's prize for battling back against Burnley at White Hart Lane is a home tie against top-flight strugglers Leicester City in round four.

"It was a very interesting game. It was a strange game," Tottenham manager Mauricio Pochettino told reporters.

"The team has shown character and faith. It's important to grow in the group."

But forgotten midfielder Paulinho netted from close range after 10 minutes before a blistering Etienne Capoue strike just before halftime made it 2-2.

Pochettino made seven changes to the team beaten 2-1 by Crystal Palace in the Premier League on Saturday and the players that came in gave him a nice selection headache following Saturday's lacklustre display.

Romanian Vlad Chiriches headed Spurs in front from a corner early in the second half before fellow defender Rose capped off the win after another assist from the ever inconsistent Roberto Soldado who was guilty of a glaring miss just before halftime.