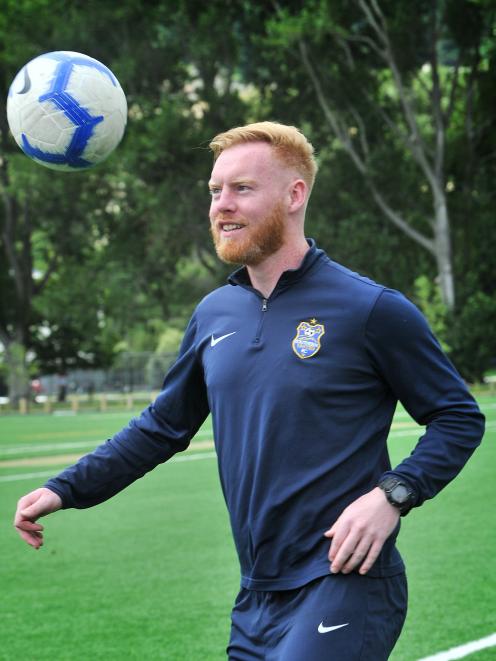 The 28-year-old was left disappointed by news Southern United will not field a men’s team this summer.

The club announced on Wednesday it was not in a position to enter this year’s national premiership, citing the financial and operational impact of Covid-19.

Last, one of five Irishmen to join the side in 2016, will remain in the region alongside fellow Irishman Danny Ledwith.

Both have played more than 50 games for Southern.

The duo work as development officers for Football South and were still enjoying living in Dunedin.

Last said it was a tough decision to stay without the prospect of having a team to play for this summer.

However, he would consider looking at the proposed South Island team based in Christchurch once more details were available.

"From a player’s point of view, it’s obviously very disappointing," he said.

"I think I might have said this before, but the club’s gone to the next level. There’s been progress each year.

"Even this year we had some great results as well, so [it’s a] big disappointment to lose it this season.

"I know the players as well. We still have a group chat.

He said there was an understanding of the position the club was in financially and he was confident the board had tried its best to make participation in the premiership happen.

New Zealand Football had granted each club a year’s grace given the effects of Covid-19.

That enabled Southern and Tasman United to withdraw this season without any risk to their licences for next year.

Last was hopeful the team would find its way back into the league.

"To be honest, I don’t know too much about that one.

"It’d be great if we could get it back in action.

"Dunedin football, and the whole region really, needs Southern, in my opinion.

"It’s the major pathway for young lads coming through.

"The amount of strides over the last few years have been brilliant."

Alongside the joint venture with Mainland Football, joining a winter club could be another option to keep playing.

That would largely depend on work, though, as much of the coaching he did ran into weeknight evenings and Saturdays, clashing with training sessions and games.