By Jeff Cheshire
0 Comments
Rose Morton admits there was plenty of relief among Southern United’s squad this week.
The team has been training since July and was coming off what she believed was the best preseason she had experienced with the squad. 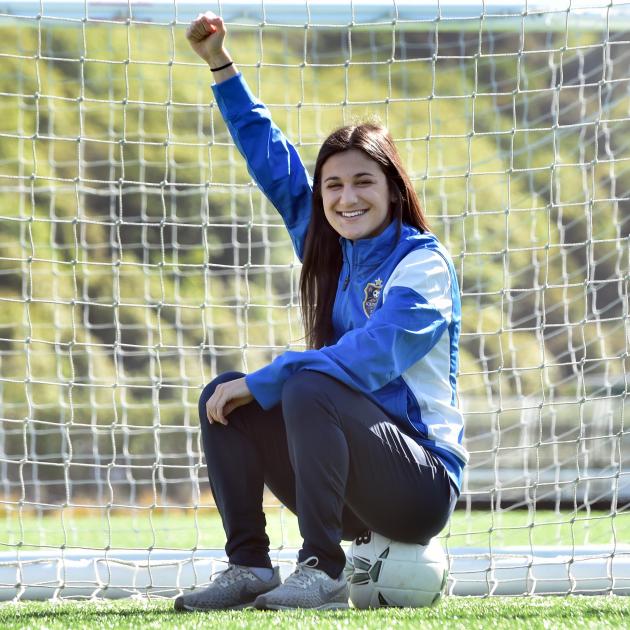 But as the effects of the Delta outbreak have continued to linger, the prospects of getting to play seemed to be diminishing by the day.
So when the draw was announced for an adapted national women’s premiership — without the Auckland and Waikato teams — there was plenty of excitement.
‘‘It’s nice to finally get some sort of reward for all the hard work we’re putting in,’’ Morton (21), who is captaining Southern for a second season, said.
‘‘It’s definitely like a light at the end of the tunnel. We’re not just training for no reason. We’re going to actually play some games and get some good experience out there, so it’s good.’’
Southern United will kick-off its season against the Canterbury United Pride in Christchurch tomorrow.
It is as tough a start as the team could have run into.
The Pride has won six of the past eight national leagues, including the past three.
However, Morton said it would give the team a good measuring stick for later in the season.
It will play each of the three teams home and away, the second round in reverse order to the first.
‘‘It’s going to be a great test, I think, to see where we’re at.
‘‘We’re kind of happy to play them first, because we get to play them at the end. We’ll be able to see the progression throughout the season.’’
The Canterbury line-up has several faces that once wore Southern uniforms — notably Mikaela Hunt, Kate Guildford and Lara Wall.
There remains plenty of quality in the Southern line-up, though.
It has retained the majority of the core group that has made up the squad in recent years.
Morton leads that contingent, the former age-grade national representative bringing quality to a handy midfield.
She felt the team’s preseason had left it looking ‘‘pretty sharp’’ and team chemistry was higher than it had been in the past.
Morton moved south from the small Hawke’s Bay town of Tikokino three years ago.
She remained involved in the national age-grade set up during her first two years, although last year was her last in under-20 grade.
Making the Football Ferns, who her sister Sarah plays for, was now ‘‘in the picture’’ as a goal.
A law and genetics student, Morton has two more years left in Dunedin.
She was unsure where she would head after that.
‘‘I guess it’s where the jobs are. I’m leaning more towards the law side of thing, rather than the genetic side.
‘‘If not, I’d love to stay. Dunedin’s a great place and I’ve loved it here.
Offshore could be an option.
‘‘Travelling is definitely on the cards once Covid dies down and the vaccinations and everything allows us to travel.
‘‘I’ll definitely be going overseas, don’t know if for football or just for fun, but I’ll be there at some point.’’
Southern United
The squad
Amy Simmers, Hayley Julian, Emma Andrew, Hannah Mackay-Wright, Kelsey Kennard, Toni Power, Renee Bacon, Saffron Hare, Megan Walker, Rose Morton (captain), Kirsty Hayr, Emily Morison, Lena de Ronde, Shontelle Smith, Chelsea Whittaker, Margarida Dias, Ruby Anderson, Georgia Kennedy, Juliette Lucas, Amy Hislop.
Draw
v Canterbury United, Christchurch, tomorrow, 2pm
v Central, Logan Park Turf, Nov 13, noon
v Capital, Wellington, Nov 20, 11am
v Capital, Logan Park Turf, Nov 27, 1pm
v Central, Palmerston North, Dec 5, noon
v Canterbury United, Logan Park Turf, Dec 11, 1pm
Comment now