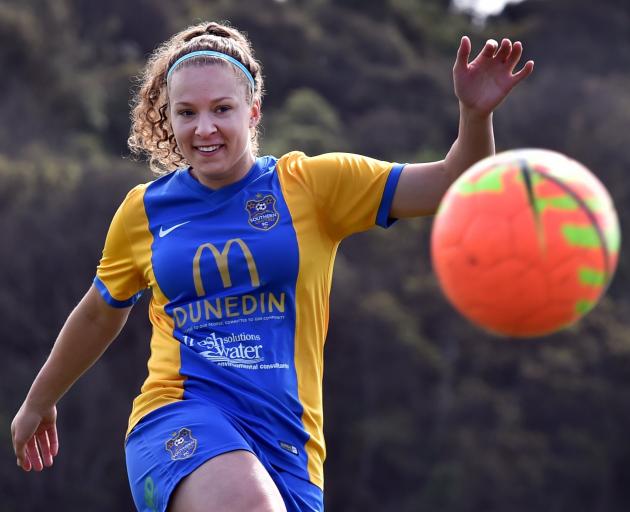 Renee Bacon. Photo: PETER MCINTOSH
It would be hard to cap a season in a better way.

Renee Bacon fired home an 89th-minute rocket to give Southern United a 2-1 win over Capital in Wellington.

The win took Southern to 20 points and secured fourth on the national women’s league table.

It also gave Southern a result it did not manage last year, having been beaten away against Capital.

While it needed a late winner, Southern did take early control.

Emily Morison scored from close range in the second minute to put the visitors up one.

A Shontelle Smith corner landed at the far post, prompting a scramble at the goal, from which Morison finished.

It was the third time in four weeks Southern has scored in the opening minutes.

However, it was unable to open the gap further.

Capital hit back in the 63rd minute via Emma Rolston, who beat Southern keeper Jade Middleditch to a ball before equalising from outside the box.

But Bacon made no mistake when her opportunity came.

She was played a ball from Kirsty Hayr and sweetly dispatched the ball into the bottom left of the net.

In other matches, Canterbury United had a scoreless draw with the Northern Lights, confirming both teams will meet in the final in two weeks’ time.