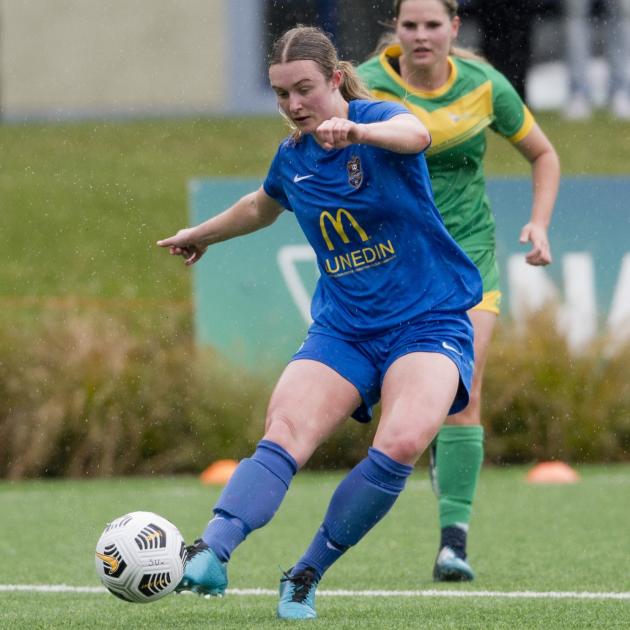 Certainly, it has been quite a journey from one to the other for Toni Power.

Had the Southern United fullback’s parents not decided to move to New Zealand, she might still be surrounded by elephants and crocodiles, rather than her football team-mates.

She was 6 years old when her family left behind South Africa and Botswana, where her parents worked at a game reserve in Kruger National Park.

They settled in Tauranga and football soon became her passion.

"We had crocodiles in the river-mouths just below the paddocks of our place," Power (20) said.

"Those are the things you’d never come across here.

"As much as the wildlife was cool, and it was amazing to be around, there’s parts of it I don’t miss."

The family had moved for a safer life.

While the environment took a while to transition to, it did not take long to switch allegiances.

That first weekend, they wore All Black jerseys to a test match against the Springboks.

It was football, however, that she took to not long after arriving.

Power played through the age-grades in boys’ teams, switching to women’s football at 14 years old, and making the WaiBOP national league team in 2017.

She played two years there and, after having the year off national league football in her final year of school, came to Dunedin last year to study sport and exercise science.

Her expectations had been low going into her first season with Southern a year ago.

At first she was competing for a spot in a midfield full of quality.

Sitting on the bench, which she had done at WaiBOP, had felt like a strong possibility.

Then she was thrown into fullback at one training.

Since then, she has proven a key cog at the back and barely put a foot wrong in the position.

"I didn’t think ‘this is going to be my transition from a midfielder to a fullback’.

"I played my first game against Canterbury United at fullback and I loved it. It took me a while to get used to it. It needed some self-control on my behalf, to not get drawn to the middle of the park the whole time."

She has always enjoyed the contest for the ball.

That has lent itself to playing in a defensive line, which has conceded just two goals in three games this season.

Her time on ball as a midfielder has shown on attack too.

She has the ability to create from out wide and be dangerous when she pushes forward.

That will be key today as Southern faces Capital for a second time in as many weeks, this time at Logan Park Turf.

A win would open a six-point gap at the top of the table with two matches left.