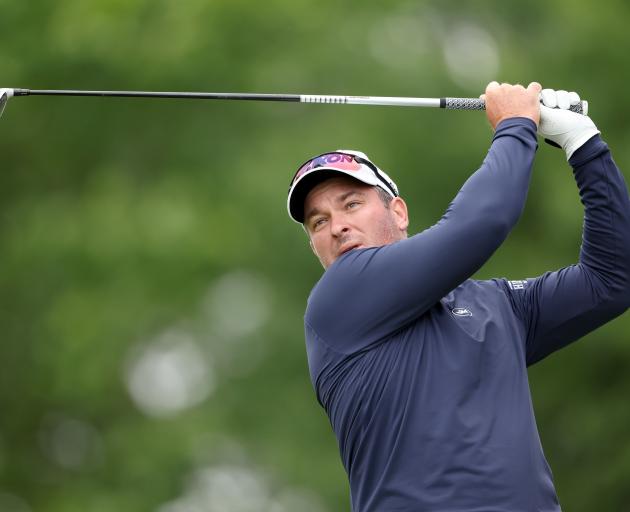 The 35-year-old Kiwi golfer, playing in his 13th major, flirted with a top 10 position in brutal playing conditions during the third round at the Southern Hills Country Club.

Fox, who started the day at even-par, produced a superb third-round performance with three birdies and three bogeys on his card for the day.

He is in a tie for 17th and will go into the final round nine shots adrift of leader Mito Pereira, who has a three-shot advantage over Brit Matt Fitzpatrick and American Will Zalatoris.

Pereira, the world number 100, became the first player from Chile to lead a major during the tournament.

Fox's best finish at a major was a tie for 16th at the British Open three years ago.

In tough conditions, he had one of the best third rounds at Oklahoma.

A brilliant 234-yard approach shot on the par-five 13th left Fox with a four-metre eagle putt but he couldn't seal the deal.

Fox produced an excellent sand save on the following par-three but had a bogey on the next after his drive leaked right.

Fox's final putt of the round spun around the hole and dropped, to complete a bogey. It left him at even for the tournament.

Pereira has had three wins on the second tier Korn Ferry Tour in the past couple of years. He also just missed out on a bronze medal at the 2021 Olympics in a mass playoff.

But he has never won a PGA tournament and missed the cut in his only other major appearance, the US Open three years ago.