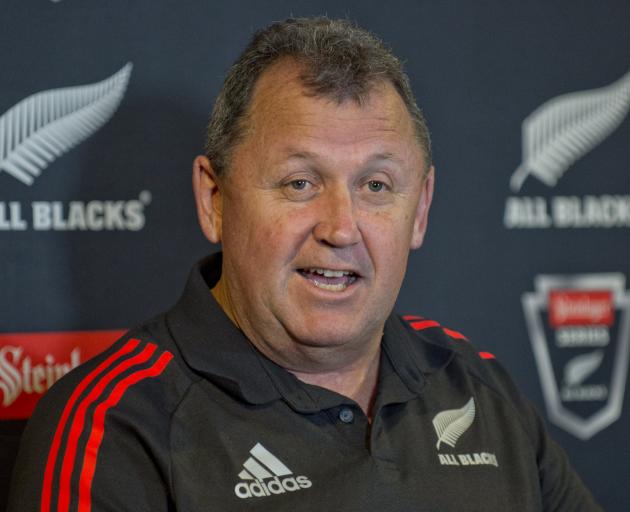 You are only as good as your last game, and on the basis of that time-honoured axiom, the All Blacks are absolutely AWFUL.

They have lost their way, they are long in the tooth in too many positions and out of form in other positions, and they have fallen, suddenly and shockingly, miles behind the likes of England and Ireland and France and South Africa.

Three losses in one year — three!

The buck stops at the top, as the man himself well knows, and time is up for head coach Ian Foster.

He has never really convinced in the big chair, and there have been signs for a while that all is not completely well with this team.

Time for Scott Robertson to see if he can bring his Crusaders magic to the top job. Failing that, are we still 100% certain we can’t get the Joseph-Brown dream team out of Japan?

Sheesh. You lose a couple of tests at the end of a long and pandemic-affected tour, and the world is ending.

Before the Irish test, even the critics had to admit the 2021 All Blacks had done well — really well, by the standards of most normal sporting teams — to win 12 of 13 tests, their only loss by a measly two points.

This is not time to panic, especially as the world remains in such a state.

There is value in consistency, and every reason to believe Foster and crew will be as good as ever next year, or at least back on track with time to be peaking for the next Rugby World Cup.

One of the better sports books I read this year actually came out in 2017.

The Captain Class, by Wall Street Journal columnist Sam Walker, looked into some of the world’s great sports teams and what made them so dominant.

They had five captains this year, weirdly, but Sam Cane is the regular skipper. And is Cane a great leader? Let alone a great player? The jury is out.

It is difficult to see how the rejigged competition can go ahead as scheduled next year.

This week’s announcement that foreigners will not be allowed back into New Zealand until the end of April, and will still have to isolate for seven days, effectively scuppers the draw.

It had, for example, the Highlanders heading to Australia for two weeks (rounds two and three) before returning to Wellington to play the Hurricanes. Then the Highlanders were to host the Force on March 18. Not happening, in other words.

It seems the only answer will be to have a version of Super Rugby Aotearoa (now at six teams with the addition of Moana Pasifika) then, fingers crossed, some sort of crossover with the Australian teams.

Expect the unexpected — that is the deal with sport for now.

Disappointing to hear some members of the extended Silver Ferns squad are (hiss) vaccine-hesitant.

Hopefully, it is a situation resolved sooner rather than later.

What I know about motorsport can be written, in extra large letters, on a gear stick.

But have New Zealand petrolheads been as blessed since the halcyon days of the big three in Formula 1?

Otago star Courtney Duncan is a three-time world motocross champion, and Emma Gilmour has just signed to drive in the e-rally series with McLaren.

On top of that, Liam Lawson is soon to get behind the wheel of an F1 machine for his first test with Alpha Tauri.