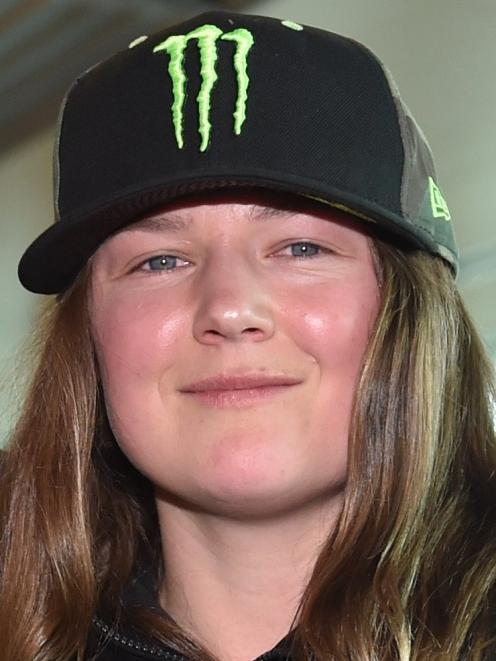 The Otago rider finished behind Italian Kiara Fontanesi in two epic races at the MXGP of Afyon, in Turkey, yesterday.

While six-time world champion Fontanesi claimed her first 1-1 result since 2018, Duncan walked away from round four of the Women’s Motocross World Championship still holding on to the red plate by nine points.

‘‘I’m frustrated I let a couple of opportunities slip away and this one is going to sting for a while.”

Duncan (Bike IT MTX Kawasaki) won the first Turkey-based round at the weekend, going 2-1, and the pressure ramped up yesterday for the second set of two races with intense fights to the chequered flag.

The Afyonkarahisar track is about 1200m above sea level — altering the bikes’ performances — and the 30degC temperature left the riders drenched in sweat and with “nothing left in the tank at the end of the day’’, Duncan said.

In race one, Germany’s Larissa Papenmeier grabbed the holeshot ahead of Duncan, Fontanesi and Dutchwoman Nancy Van De Ven.

Papenmeier then dropped out of the lead as Fontanesi was quick to make moves on the opening lap to take over first place.

Duncan set the fastest lap of the race and was looking to close in on Fontanesi. The Kiwi then took the gap down to 0.948sec and kept the pressure there until the end of the race.

The final two laps were intense to say the least as Duncan gave it her all, pushing on the final corner to race Fontanesi to the flag.

Bumping wheels at times as they wove their way around back markers, they were neck and neck over the final jump, Fontanesi snatching the race victory by just 0.05sec.

In race two, Fontanesi was first out of the gate, with Duncan hot on her heels.

The Italian stretched her lead to 3.256sec, although as the race progressed it was clear that the Kawasaki rider was not going to let the race leader get away as she upped her pace.

Drama struck Duncan, who went down as she fought for the pass. Determined to not let the win slip away, she turned on her almost superhuman ability to whittle down a gap.

She closed in from about 14sec adrift to sit just 1.4sec behind Fontanesi within a couple of laps.

With three laps to go, Duncan was all over her rival and a repeat of the first race occurred.

Both riders fought hard and sprinted for the finish, but it was Fontanesi who held on to the win by 1.43sec.

Duncan said while it was “not pretty” when riders nudged each other multiple times at pace, it was all part of racing.

The WMX takes a five-week break before the penultimate round in Spain on the new Xanadu-Arroyomolinos track.

“I definitely need to work on bringing the intensity earlier in the races, and find my own rhythm, because at the moment I feel like I’m setting into Kiara’s,” Duncan said.