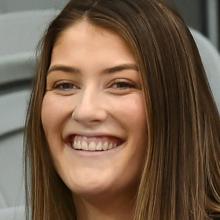 Georgia Heffernan
It may not be a completely polished Southern Steel team which takes the court over the next week.

But you can bet it will be a fit one.

The team for 2020 has a much earlier start this year, as the Super Club tournament gets under way in Nelson tomorrow.

Three pool games in consecutive days — against the Wasps from England, the Northern Mystics and Central Pulse — begin the tournament.

There is a break on Wednesday, before the semifinals and finals on Thursday and Friday respectively.

Steel coach Reinga Bloxham said conditioning had been the main focus for the side over the past month.

While it had fitted in some netball, the big challenge was ensuring they could get through five games in six days. 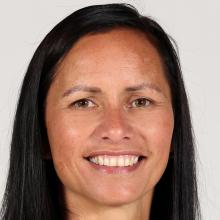 Reinga Bloxham
"We have been working pretty hard," she said.

"The girls have been doing a lot of fitness, just to get themselves prepared and ready for Super Club.

"So lots of running, lots more running and then a little bit of netball in between.

"So it’ll be good to get to this weekend and see where we’re at."

Getting everyone out on court was a focus for Bloxham.

There will be a handful of new faces on show, notably in the shooting circle, from which Te Paea Selby-Rickit and Lenize Potgieter have departed.

Trinidad & Tobago shooter Kalifa McCollin has been immersing herself in the team.

Bloxham said she had done a great job engaging with the side and the combinations were slowly building.

Meanwhile, Georgia Heffernan also joins as a full squad member for the first time, leaving Jennifer O’Connell as the only returning shooter.

Ensuring those players all got a chance to play and different combinations were tested was key for Bloxham.

"You don’t often get opportunities like this when you have all six ANZ Premiership teams and two international teams [Wasps and Australia’s Collingwood Magpies] in a tournament.

"So I think it’s really important to give people court time and give them experience.

"Later in the competition everyone’s going to come up against illness and injury.

"If we haven’t practiced any of that prior to going in we’d really not be preparing well."

The Steel begins its tournament against the Wasps at 5pm tomorrow.

Matches follow against the Mystics at 3.30pm on Monday and Pulse at 8.10pm on Tuesday.