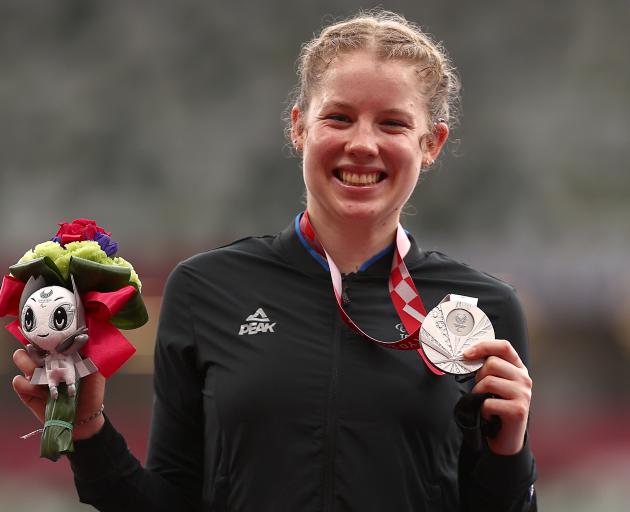 The 20-year-old put in a strong performance with a time of 29.88 seconds, a second slower than her personal best, but even a new PB wouldn't have been enough to beat the superstar of the discipline, with China's Yiting Shi racing clear from the gun to tie her world record with a blistering 28.21 effort.

"It's better than I expected," Aitchison told TVNZ. "I'm just so shocked.

It was an eerily similar tale to Aitchison's most recent international meet - the 2019 world para athletics championships in Dubai - where she finished second to Shi, as the Chinese superstar posted a world record time.

"She was so tough, and it was unexpected because she hadn't run this whole season so we didn't know how she was running," Aitchison said of Shi.

"I knew I had done everything to get the results that I wanted, and to finally get the reward after all the hard work and sacrifice I've put in, it's just so worth it."

Germany's Nicole Nicoleitzik initially claimed third, but was quickly disqualified for deviating from her lane. Argentina's Yanina Andrea Martinez was promoted to third.

The medal is New Zealand's fourth at the Games, and first on the track.

Aitchison will compete again during these Games, with the 100m T36 competition starting on Wednesday. Shi is again the athlete to beat in the shorter discipline, holding the world record of 13.68 seconds.