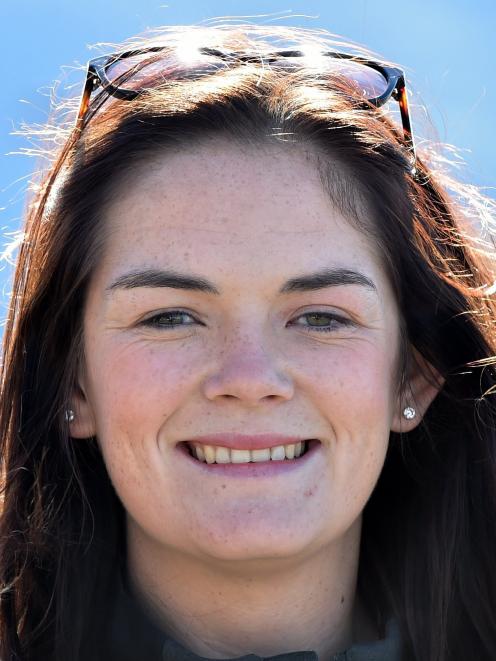 Holly Robinson
Two weeks in MIQ is much more bearable with a gold medal to keep you company.

Holly Robinson can verify that.

She has hardly had time to be bored, though.

Since her gold medal-winning throw of 40.99m in the F46 javelin at the Tokyo Games, she has had a flood of messages from home.

Most of her first three days has been spent replying to those, mixed in with a bit of diamond art, which is similar to paint-by-numbers.

She has done so in good spirits — a reality she is not taking for granted.

It had only been on her final throw she took the lead, after a frustrating competition that left her in third until that point.

‘‘It would have been tough to come home only throwing the distance I’d thrown then.

‘‘So coming home with that gold and throwing that bit further, I’m stoked. I’m over the moon.

‘‘It definitely makes these next two weeks a bit more bearable.

‘‘I just can’t wait to get out there and see family and friends, really.’’

Robinson said her frustration had grown over those first five throws.

While the conditions were not ideal, the throws — none of which was above 39m — were below her best and she felt did not reflect where she had been in training.

However, she knew she was making some ‘‘really basic errors’’.

Notably, her tip control had been off, but she got that right on the last throw.

While ecstatic to go ahead, she knew she had been in that position before only to be robbed.

But this time she was not, securing the first major gold medal of her career after a long run of silvers.

‘‘I watched my event [on Tuesday], just replayed some of the bits of it. Then you see your name pop up at the end as the medal winner.

‘‘I’m so proud of myself for getting it and sticking in there during what was a tough competition and just really nailing that throw.

‘‘It’s so cool. It’s almost something you can’t put into words.’’

Robinson returns to Dunedin on September 19.

She will return to finish the term as a teacher aide at Sara Cohen School, before heading to her hometown of Hokitika to see her family.

Celebrating with them was something she was looking forward to, as was showing them the medal.

Following that, she would assess when she returned to training.

At this stage, she hopes to defend her title in Paris in 2024.