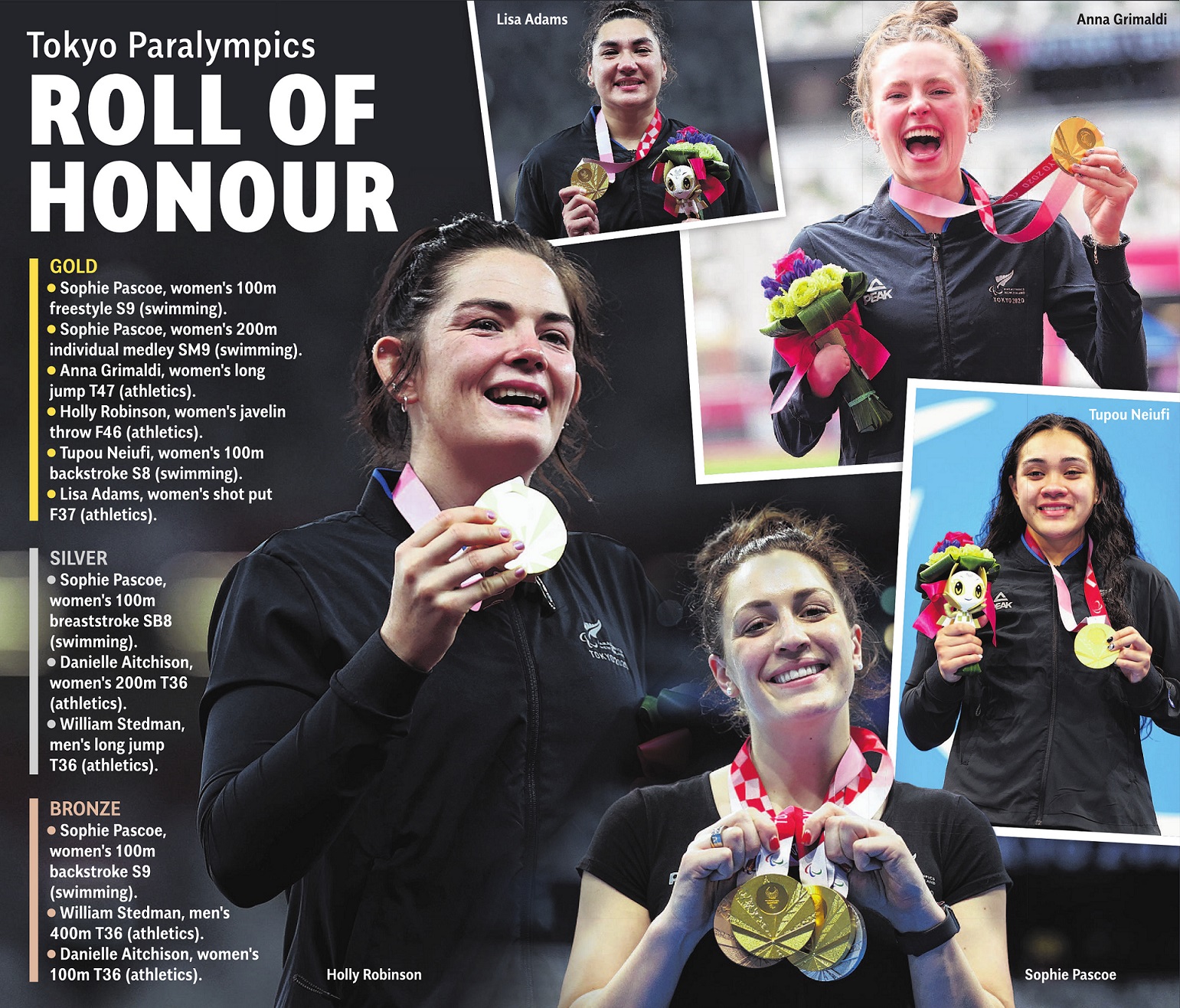 The 26-year-old Dunedin athlete claimed gold in the F46 javelin, her first win at a major world meeting after a long streak of silver medals, late on Friday (NZ time).

She saved her best till last in Tokyo, hurling 40.99m with her final throw to leap from the bronze medal ranking to gold.

While Robinson was always capable of such a feat — she is the world-record holder in the event — she had been pipped to the top of the podium at both the Rio Olympics in 2016 and the Commonwealth Games on the Gold Coast in 2018 by Britain’s Hollie Arnold.

It was Arnold who again had led the field in Tokyo until that last throw, and Arnold who had the chance to again topple Robinson at the death.

That was why Robinson only felt safe to celebrate her gold once Arnold’s final throw had fallen short of her own mark.

"I have so many times in the last round thrown a good throw, gone up to No1 and then been beaten," she said.

"So, I was just waiting for that last throw [from Arnold] to go. Once it was gone, it’s just a moment you never forget."

Robinson fought back tears as she reflected on her golden performance.

"Honestly, I couldn’t believe it. Realising that moment that it was that gold medal after the last throw — it’s just something I’ve wanted for so long.

"I’m so happy and so proud of myself and my team for helping me get here."

"We knew there was just so much more in there."

While Robinson’s pedigree in the sport is undeniable, gold medals have proved elusive in major events for her.

She said victory in Tokyo’s National Stadium was the result of a long and gutsy battle.

"Competitions of late haven’t gone all that great for me. Then we had Covid and s... hit the fan.

"Getting that gold means a lot. We’ve worked so hard to get it."

It was the New Zealand team’s sixth gold medal of the Tokyo Paralympics and second of the day, following fellow Dunedin athlete Anna Grimaldi’s star turn in the long jump pit.

In conditions which were again wet and difficult for throwing, the 30-year-old produced a commendable best of 29.69m.

The result brought an end to the New Zealand team’s campaign at the Games.

The Kiwis, who did not march in last night’s closing ceremony due to Covid-19 precautions, finished the Paralympics with 12 medals, six gold, three silver and three bronze, to finish 21st overall.

That was nine medals fewer than New Zealand won at the 2016 Rio Paralympics.