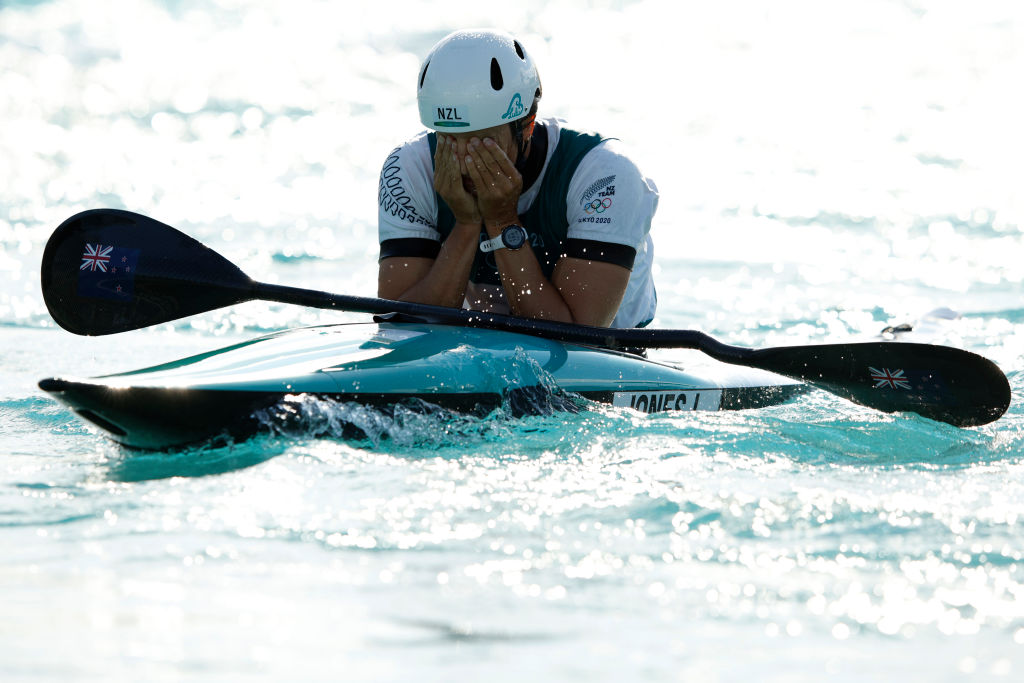 Luuka Jones was well off the pace in the final from what had been a promising effort in the semi. Photo: Getty Images
Luuka Jones has fallen just short of adding another Olympic medal to her collection after a disappointing run in the final of the K1 slalom.

The distraught Kiwi put her face in her hands after crossing the line in a time of 110.67, well off the pace from what had been a promising effort in the semifinals.

Jones, who claimed silver in the event at Rio 2016, finished sixth at the Kasai Canoe Slalom course and was left to rue an unexceptional run when it mattered most.

The 32-year-old avoided time penalties but looked well below her best, possibly hampered by the short turnaround between the semis and final.

Jones made a fast start to the medal race but quickly lost time at the first of the difficult upstream gates, a technical struggle that continued through the rest of the course.

She almost fully submerged midway through the run but barely managed to regain control, a miscue that saw her slip well down the leaderboard.

"I just started losing a bit of time and let that get to me," Jones told Sky Sport. "Then I start to be a bit too aggressive and wasn't patient enough.

"I'm really gutted. I put a lot of work into this." 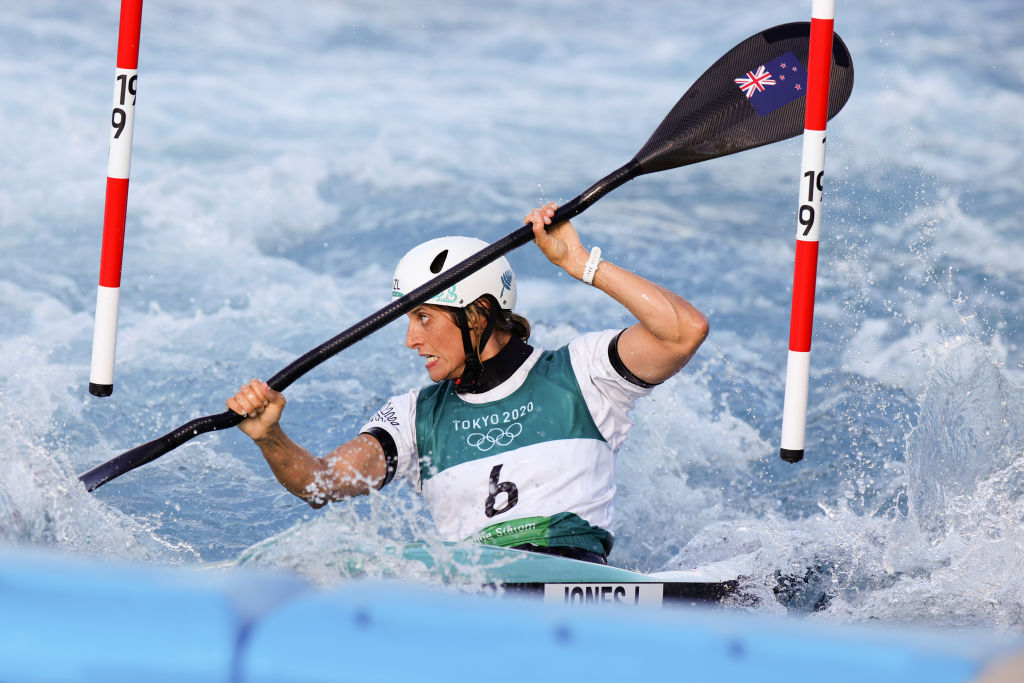 Luuka Jones made a fast start to the medal race but quickly lost time at the first of the difficult upstream gates, a technical struggle that continued through the rest of the course. Photo: Getty Images
The final was eventually won by German Ricarda Funk after red-hot favourite Jessica Fox of Australia picked up two penalties and was consigned to a second straight bronze.

Jones was third-quickest in the heats and had qualified fifth-fastest for tonight's decider, appearing to have plenty of room for improvement after not enjoying the cleanest of runs in the semifinals.

The Kiwi had been penalised for touching one gate but still managed to stop the clock in a time of 108.97, which seemed to augur well for the showpiece an hour later.

But Jones was unable to replicate her heroics of five years ago, an outcome she said would not define her.

"You can't judge yourself on the outcomes of sport, you just have to learn from things like this and move on and be better."

Just reaching the startline in Tokyo made this a landmark Olympics for Jones. She has now joined Beatrice Faumuina, Lorraine Moller and Li Chunli as four-time New Zealand female Olympians, a group that sits behind only Dame Valerie Adams and Barbara Kendall.

Jones made her Olympic debut at Beijing 2008 as a 19-year-old, and five years ago in Rio won New Zealand's first medal in the K1 slalom.

And the Tauranga paddler is not done yet. She is also set feature in tomorrow's C1 slalom heats at Tokyo - the first time women will compete in the one-bladed event at the Olympics - leaving her with little time to recover.

Jones said: "I have to probably just go back and chill out and try to reset and do it all over again."