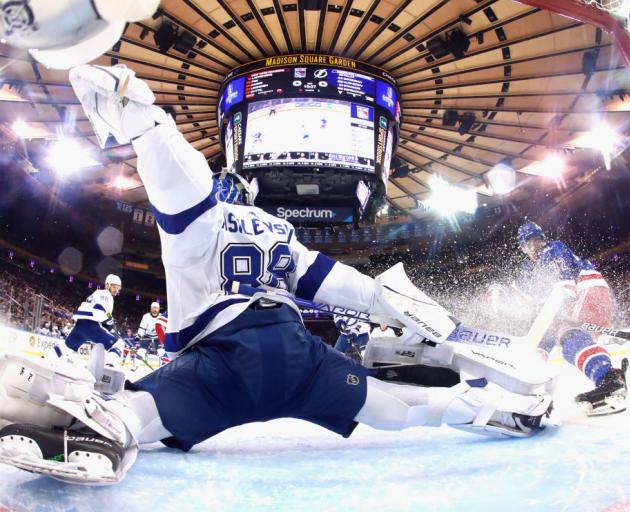 Tampa Bay Lightning goaltender Andrei Vasilevskiy stretches out to make a save during the NHL playoffs. PHOTO: GETTY IMAGES
They do not attract the same interest as the Super Bowl or the NBA finals, but the NHL’s Stanley Cup finals — starting between the Colorado Avalanche and the Tampa Bay Lightning today — will be a feast for ice hockey fans. Hayden Meikle offers this quick dummy’s guide.

HOW THEY GOT HERE

The Avalanche had the best regular-season record in the Western Conference at 56-19-7. That’s 56 wins, 19 losses and seven overtime losses, if you were wondering. In the playoffs, they swept the Nashville Predators 4-0, beat the St Louis Blues 4-2, and (sob) swept the mighty Edmonton Oilers 4-0.

The Lightning had just the fifth-best record in the Eastern Conference at 51-23-8. They trailed the Toronto Maple Leafs 2-1 and 3-2 in the first round of the playoffs but won the last two games of the series to sneak through.They swept the No1 seed Florida Panthers in the second round then beat the New York Rangers 4-2.

The oldest trophy in North American professional sport, first presented in 1892 by Sir Frederick Arthur Stanley, the Governor-General of Canada. "La Coupe Stanley" is also the most physically impressive silverware on the planet, thanks to its immense size (89.5cm, 15.5kg) and the fact it has the names of winning players engraved on it. Every 13 years, when the bottom "band" of the trophy is filled, the top band is removed and displayed at the Hockey Hall of Fame in Toronto. There are more than 2200 names of players on the cup at any one time, and spelling errors abound. Montreal Canadiens goaltender (not goalkeeper) Jacques Plante won the Stanley Cup in five consecutive seasons, and his name is spelled differently each time.

Nickname: Any singular sports nickname is awful, but brownie points for at least having relevance (Denver, Rocky Mountains, geddit).

History: Started life as the Quebec Nordiques in 1972. Became the Avalanche when the franchise relocated to Colorado in 1995, and thankfully listened to the public outrage when a horrific team name of "Rocky Mountain Extreme" was proposed. Won the Stanley Cup in 1996 — the team’s first season in Colorado — and 2001. 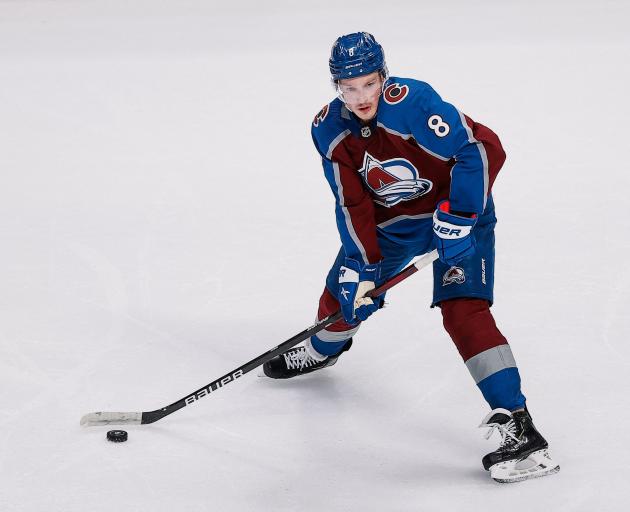 Colorado Avalanche defenceman Cale Makar controls the puck. PHOTO: USA TODAY SPORTS
Star player: Forward Nathan MacKinnon, who has 11 goals in 14 playoff games and scored his second post-season hat-trick in the second round, is fast, strong and lethal in front of goal. Cale Makar, arguably the best young defenceman in the game, leads the team with 22 points in 14 games.

Nickname: Meh, but the colloquial "Bolts" is nice. Is there lots of lightning in Florida or something? There certainly is no ice.

History: Started life as an expansion team in 1992. Three Stanley Cup wins, including the past two back to back.

Star player: Nikita Kucherov has 23 points (seven goals, 16 assists) in 17 playoff games, and Victor Hedman is an all-star defenceman. But the key to victory is the amazing goalie, Andrei Vasilevskiy, who was MVP of the playoffs last season. "Big Cat" is from that country that isn’t very popular at the moment.

On this, I will defer to my colleague and resident ODT hockey expert Hamish MacLean.

"The Avs epitomise the modern game: they are hard-nosed and as a team possess exceptional skating ability. They dominated in the regular season and have been dominant in the first three rounds. But they say goaltending wins championships and their starter, Darcy Kuemper, has missed games in the first and third rounds due to injury.

"On the other hand, Vasilevskiy has been a star for Tampa Bay; their Swedish stud defender Victor Hedman equally solid; and their star centre Brayden Point is due to return from injury.

"I am going with a Tampa Bay threepeat. Lightning in six."