The phrase “what doesn’t kill you only makes you stronger” could well be attributed to Bell, who turns 29 two days before this year’s race on February 13.

In 2019, she was posing a real threat to the leaders, and a definite contender to podium, until being swept on to rocks and snapping her craft’s rudder 2km into 67km kayak stage down the Waimakariri River.

That was disappointing but last year was also a real test for Bell. 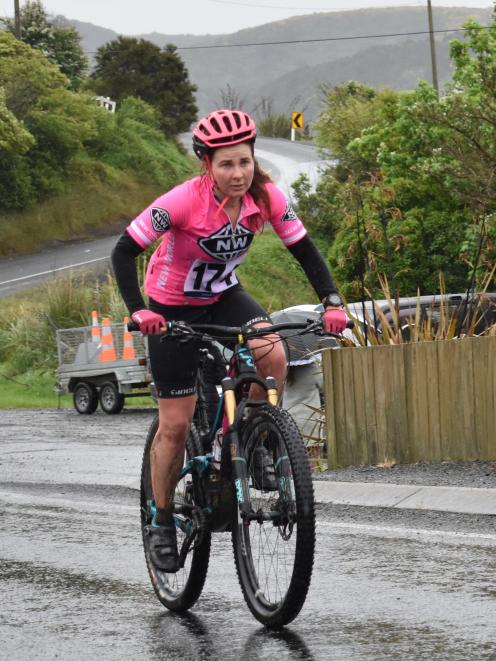 Claire Bell on her way to winning the Taieri Mouth Multisport Challenge on November, 2019. PHOTO: WAYNE PARSONS
While training for the 2020 race and a chance for redemption, Bell suffered a stress fracture in her pelvis.

“I was on crutches and it wasn’t too flash,” she said of a frustrating time nursing her injury.

Then as if the sporting gods hadn’t heaped enough scorn on her, she and her husband George lost everything in a house fire which occurred just two weeks before last year’s Coast to Coast race.

“It was pretty hard. We lost everything,” she said.

"[Even without] ... the injury, I would not have been able to race anyway, as I lost all my multisport gear. And there’s a lot of it”

After the fire, Bell became full of self doubt and gave serious consideration to withdrawing from the sport altogether. But with the kindness and help from friends, family and the Te Anau community, Bell has become “super motivated” for this year’s Longest Day race.

“Te Anau is a great place to live and the community has been amazing.”

Bell juggles her training around beekeeping and work as a nurse at the Fiordland Medical Centre. Her first tangle with the Coast to Coast was purely as a “bucket list” race, when she contested the two-day event in 2016, finishing 11th in the open women’s category and clocking 15hr 36min 57sec for the 243km journey.

She returned in 2017 as a member of the support crew for her brother, Hamish Elliott, when she watched first-hand his victory in the open men’s section of the two-day individual event.

“He was pretty competitive and I really got bitten by the bug,” she recalled.

It was then she decided to go all out and enter the Longest Day race in 2018.

“It has to be the ultimate challenge.”

This Longest Day race had Bell burst on to the multisport scene, finishing seventh among some of the world’s elite female endurance athletes in 13hr 53min 14sec.

During the lockdown she focused on staying motivated and fit, spending time on the wind-trainer and running.

“I enjoyed the lockdown time and turned it into a positive,’’ she said.

With another strong female field entered for this year’s Longest Day, competition is sure to be intense. But under the coaching guidance of 2019 champion Dougal Allan, Bell is not planning to get swept away with any hype.

“I’m happy to be healthy and injury-free, and hopefully, given another couple of weeks, I’ll be ready to race.”